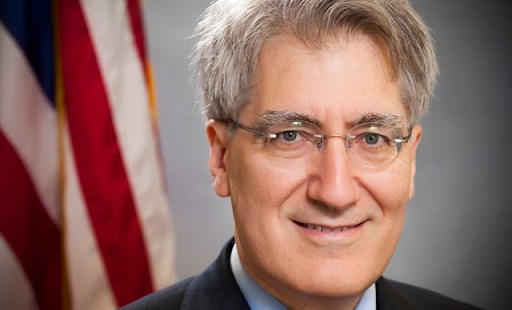 News coming out of Christian communities in northern Iraq and other parts of the Middle East has seemingly been so bad since last summer’s dramatic advance of the Islamic State group, and the reponse from Western governments, in the estimation of many observers, so tepid, that Christian leaders in the Middle East and advocates in the West have opined that Western governments just don’t care about persecuted Christians.

Not quite, counters Robert P. George, chairman of the United States Commission on International Religious Freedom.

"I believe that our government does care about the plight of Christians in the Middle East," George said in an interview Tuesday. "What I’d like to see is religious freedom and the need to come to the aid of persecuted people and prisoners of conscience be elevated to a higher status in the minds of our policy makers."

Other concerns, such as geo-strategic issues, tend to take precedence, he says. George, a three-year member of the commission who was recently elected chairman, plans to work to make sure religious liberty concerns get their proper place at the policy-making table.

George, a Catholic, is McCormick Professor of Jurisprudence and Director of the James Madison Program in American Ideals and Institutions at Princeton University.  He is the author of Making Men Moral: Civil Liberties and Public Morality and In Defense of Natural Law

USCIRF is an independent, bipartisan, federal commission created in 1998 through the International Religious Freedom Act (IRFA). USCIRF uses international standards, such as Article 18 of the Universal Declaration of Human Rights, to monitor violations of religious freedom or belief abroad. USCIRF makes recommendations to the President, Secretary of State, and Congress to help protect, defend, and advance this liberty.

Aside from the reason that government has an interest in ensuring the basic human right of religious liberty, there is also a practical effect from helping it flourish. As George points out on USCIRF’s website, a growing number of studies indicate that nations that honor this freedom tend to be less violent and more prosperous, less unstable and more democratic.

"Countries that fail to uphold religious freedom are more likely to be plagued by poverty and insecurity, tyranny and terrorism," he says. "Hence, religious freedom belongs prominently at the table with economic and security concerns in the conduct of our foreign policy."

What can you do as chairman that you couldn’t ordinarily do?
As chairman, I’ll be responsible for representing the commission’s position on religious freedom issues and advancing the recommendations that the commission has made and will be making to the State Department and to the president and to the congress, especially when it comes to the formation of policy toward the worst offending regimes—the ones with the worst records on religious freedom.

The commission issues a widely read report each year. Where are you in the process of preparing the next one?
The 2015 report was just issued a little over a month ago. We’re calling attention—and one of my jobs as chairman will be to take the lead in calling attention—to the recommendations and analyses contained in that report.

But the world continues to change, and so we’re already doing the most preliminary work with the next report, and in a few months we’ll get back up into full gear when it comes to assessing the situation of countries around the world for 2016.

Can you give us an overview of the state of religious freedom? Where and who are the worst offenders? Where are things getting worse?