Another Way to Look at Dressing for Mass 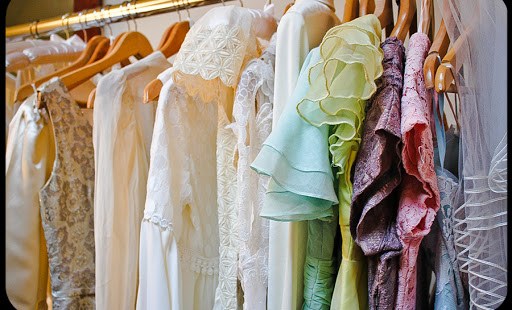 A lesson learned in the pew

A few months ago when I was out of town visiting another church, I saw a sight that I won’t soon forget. I had just settled into the pew a few minutes before Mass when something caught my attention out of the corner of my eye. I looked over to see a voluptuous woman in an orange dress that was one of the shortest, most low cut outfits I’ve ever seen anyone wear in public. She had a passel of kids with her, and when she leaned forward to help one of them tie his shoe, I had to look away for fear of learning more than I wanted to know about this lady’s taste in undergarments. She and her rowdy crew walked in front of me, with her hissing at the kids to be quiet, one of the boys wearing a t-shirt with a mildly offensive slogan on it. When she bowed in front of the altar I think I heard the elderly gentleman sitting next to me gasp.

And that’s when I noticed: She was wearing a chapel veil.

I try to mind my own business at Mass. I promise I don’t normally sit around playing fashion critic when I should be focusing on Jesus. But, I assure you, when an ensemble like that crosses your path, it’s hard not to take a moment to process what you’ve just seen.

We may differ on the details of what constitutes appropriate dress for Mass, but I think there is near-universal agreement that women should probably cover a little more of themselves than they would if wearing a small swimsuit. And if that is the case then, objectively, this lady was not dressed appropriately for church. And yet in spite of that—or, perhaps, because of it—I found the fact that she was wearing a chapel veil quite inspiring.

Ever since I first heard about the doctrine of the Real Presence, even before I could receive the Eucharist, I felt drawn to the idea of wearing some kind of head covering to church. Lest I shut down the Register’s servers by the combox response to that statement, let me hasten to add that I’m not saying that it’s something women should do or that there’s anything wrong with not covering your head. It’s just something that I have felt personally drawn to. And yet I’ve never done it, despite the fact that I have felt this pull consistently since the very beginning of my conversion.

My rationale is always that I’m not holy enough yet. I lose my temper with my kids when they won’t sit still in the pews. I catch myself thinking about my to-do list during the reading of Sacred Scripture. I wear wrinkled shirts on the days I can’t find the iron under the mystery clutter pile in the laundry room. Sometimes I feel like Mass is kinda…long. And so, the thinking goes, I shouldn’t even consider wearing a chapel veil. It’s an outward sign of reverence that is horribly mismatched to the callow sinfulness within my heart.

Yet when I saw the lady in the orange dress, it made me question that entire line of thinking. Obviously I can’t read her mind, but I’m guessing that she didn’t overanalyze the choice to put on a chapel veil that morning before she headed out to church. It is unlikely that she got bogged down in questions of whether every other aspect of her preparation for Mass was in perfect shape before sliding a covering over her head. And yet she did it anyway. Maybe, like me, she’d felt a gentle tug in her heart for a while, and one day just decided to do it—following the Holy Spirit’s promptings first, figuring out the details later.

I think a lot of us hesitate to engage in outward signs of piety, no matter how strongly we may feel called to it, for fear of seeming showy or holier-than-thou, or for worries of not being “holy enough” yet. Some of that hesitation is undoubtedly good, but I wonder if some of it is not rooted in false humility, or in too much focus on what others might think of us. After all, if we all waited until we were saints to engage in any public display of faith, Christianity would be an invisible religion.