Religion vs. Science: The Catholic Church as Fall Guy 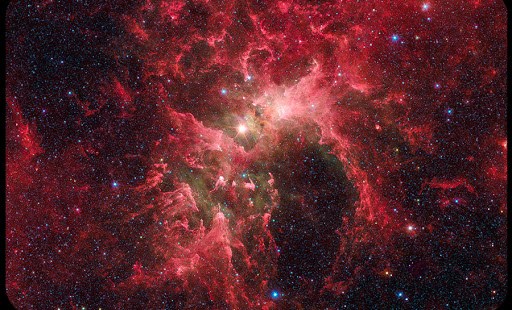 A book that didn’t deserve to be published

Amir Aczel has written many popular books on science and mathematics, including one that has been published in 28 languages. He was a Sloan Foundation grant recipient and a Guggenheim Fellow. He holds a Ph.D. in statistics from the University of Oregon and has been a visiting scholar at Harvard; plus he’s written for Discover Magazine and Scientific American.

Given these chops, when I sat down to read Aczel’s latest book, Why Science Does Not Disprove God, it was with whetted appetite. I enjoy seeing New Atheist claims demolished, and I was about to see it done with erudition and finesse, if the back cover accocolades on his book were true.

Alas, I was in for a surprise. I don’t like saying this about any work whose goals I share and regard as important, but the book is appallingly bad. Its philosophical discussions are often simple-minded, and it displays a comprehensive ignorance of nearly every subject it touches.

Yes, there are some good bits. The chapter on biblical archeology is interesting, as are some of the biographical sketches. But whatever merits a few parts may have are drowned in the flood of misinformation to which the reader is subjected in the rest of the book. Let’s start with physics.

A favorite New Atheist argument is that the universe can create itself out of “nothing” by a “quantum fluctuation.”  The classic technical paper on this idea was written by Alexander Vilenkin in 1982. Aczel claims that the New Atheists have misunderstood this paper. He repeatedly asserts that Vilenkin’s scenario has the universe emerging from a “preexisting quantum foam” of space-time bubbles, rather than from “nothingness” (in the sense of an absence of space-time).

But it is Aczel who is mistaken here. He incorrectly interprets certain sentences in Vilenkin’s paper, which uses advanced techniques in Quantum Field Theory that are far over his head. The New Atheists err not about the physics, but about its implications.

But that’s not all: Some quantum-creation-of-the-universe scenarios require that the universe be “closed”, i.e. have a finite spatial volume.  Aczel asserts that such scenarios must be false, since “we know today that the universe is not ‘closed.’” But we do not know this; it is one of the great unanswered questions in cosmology.

So Aczel’s replies to one of main arguments used by the New Atheists are based on two outright blunders that come from writing about things he misunderstands. He makes several other significant physics mistakes, some rather elementary.
Unfortunately, he’s no better at history.

There were “few attempts to pursue science in the Middle Ages,” he says, “except for … crude notions about medicine … most of them wrong …” Aczel must not have heard of Albertus Magnus, Bradwardine, Grosseteste, Buridan, or Oresme. And he also must be unaware of the large and growing scholarly literature on medieval science.

Aczel claims that Copernicus’s great book, De Revolutionibus Orbium Coelestium (On the Revolutions of the Heavenly Spheres), was “mostly ignored” when it appeared. This is a myth famously exploded by the careful research of Owen Gingerich.

Aczel also says that Kepler, among others, “continued” the work of Galileo after his trial, which is remarkable given that Kepler died three years before that trial. And he thinks Einstein “discovered” the Photoelectric Effect (it was discovered in 1887 by German physicist Heinrich Rudolf Hertz; Einstein smoothed out some of the questions about it).

I could go on.

It is whenever Aczel writes about the Catholic Church, however, that we face a fire hose of falsehoods: