The Challenging Truth of Pope Francis’ Encyclical on the Environment 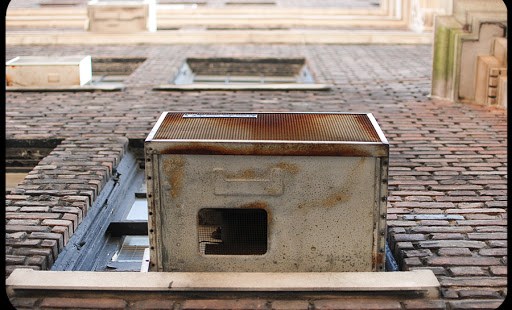 The pope’s criticism should be taken as a challenge, not to disprove the pope but to reexamine one’s own commitments.

The Holy Father’s release of his encyclical Laudato Si has produced the amusing, and bemusing, sight of conservative Catholics hauling out the arguments used by dissenting Catholics and looking at the pope with the same attitudes. Change a few words and you could be reading the liberal reactions to Bl. Paul VI and Humanae Vitae or to St. John Paul II shutting the door on ordaining women to the priesthood or to Benedict XVI allowing the use of the old Mass.

My favorite recycled argument is the claim that if the pope doesn’t speak infallibly, you’re free to reject what he says, an argument first used to justify support for contraception when the pope banned it. Then, in the late sixties, conservative Catholics roundly rejected the idea, and rightly so. Now, it’s useful. Everything depends on whose ox is gored.

People may well have a growing ecological sensitivity but it has not succeeded in changing their harmful habits of consumption which, rather than decreasing, appear to be growing all the more. A simple example is the increasing use and power of air-conditioning. The markets, which immediately benefit from sales, stimulate ever greater demand. An outsider looking at our world would be amazed at such behavior, which at times appears self-destructive. (section 55)

The critics’ reaction was in essence: He criticizes air conditioning (haha, how silly) but the developing world needs it (haha, gotcha!). People not hitherto noted for great concern for the poor and the developing world suddenly became their caring defenders when they thought they had a stick with which to beat Francis. Many of the criticisms made of Francis and the encyclical have been of this same cheap sort.

The quote doesn’t even suggest eliminating air conditioning, especially where it’s needed. All it suggests is that we don’t use it more than we need to. It’s obvious that American homes don’t need to be the iceboxes many of them are and produce pollution they don’t need to produce. And seriously, who do we think cares more about the poor, Francis or his American critics?

I’ve been observing this settled dislike for Francis since he became pope (and wrote on it here), but even I have been surprised by how quickly Francis’s critics ran to criticize him and how complete was their rejection, and by the range and persistence of the reaction. I wouldn’t have thought so many people were so invested in conservative climate change orthodoxy and in a certain version of free market economics.

Some of his critics suggest that he’s playing for worldly approval or has been too much influenced by the world, or that this poor Argentinian just doesn’t understand modern economies. It’s an impertinent charge, but also an imprudent one, given that his critics are affluent white Westerners who are defending a system from which they’ve benefitted, not to mention how many of them work for organizations that get their money from political and economic conservatives. “He’s a creature of his situation” is not a game the wise critic starts. “I am rubber, you are glue,” as the children’s rhyme puts it.

Francis’s critics are all-in. Their rejection is total. They risk being prodigal sons who don’t come back.

But not every critic is, as I wrote in Ethika Politika. He has his implacable critics, for whom nothing short of his becoming a near-Lefebvreite and/or an American libertarian will do. But others, having wrung their hands, or licked their chops, in anticipation that Laudato Si would prove their pessimism right, seem to feel a little chastened. Which is something.