Pope Francis Preaches the Gospel to Non-Christians With Laudato Si’ 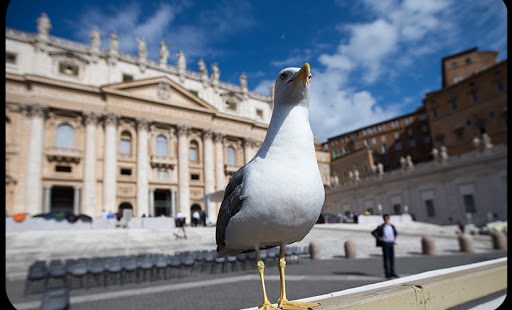 The Holy Father reaches out just as St. Paul did

Pope Francis’ new encyclical has got the world buzzing. Conservative and liberal commentators have weighed in, and there seems to be more interest in the pope’s ideas among non-believers than among the faithful. One writer observed that few homilies were preached about the encyclical at Mass on Sunday, and I’ve noticed a surprising lack of interest and real comment among Catholic bloggers and journalists.

I think there is a good reason for this, and it is rooted in the methods of evangelization used by the two pillars of the church—St. Peter and St. Paul. In the Acts of the Apostles the early church leaders appoint Peter as the apostle to the Jews and they assign the mission to the non-Jewish peoples to St. Paul. It is very informative, therefore, to observe their two different methods of preaching. Peter preaches to the choir. In other words, he is preaching to the believers, and his message is explicitly religious and uncompromising. In his sermon to the Jewish hearers at Pentecost he reviews their religious history, excoriates them for their murder of Jesus Christ and calls them to repentance and faith. Peter talks their religious language and calls for a direct religious response.

Contrast that with St. Paul’s method. He travels to Athens and preaches to the pagan philosophers. His outreach is not explicitly religious, and he does not assume that they know and understand his Jewish terminology and expected behaviors. Instead he goes into their territory and uses their language. He connects with their philosophical concepts and relates to their interests and culture. He recognizes their gods and sees that they worship an “unknown God” and from that connecting point he goes on to tell them about the gospel of Jesus Christ. St. Paul does not push for an instant response, and realizes that the most he may be able to do is to plant seeds of the gospel by presenting the truth of Jesus Christ in an acceptable, intriguing and attractive way.

The genius of Pope Francis’ encyclical Laudato Si’ is that he is preaching like St. Paul. The Pope realizes how attractive the figure of St. Francis is to many people who are not Catholic believers. He also realizes how important the issue of the environment is to many who are outside the church. Laudato Si’ is an excellent example of how we should evangelize our culture. In re-reading the encyclical it is fascinating how little explicitly religious and theological language the pope uses. At its best the wording is accessible to all and presents the Catholic faith with simplicity and mystical charm. Unfortunately, the encyclical sometimes lapses into technical arguments and abstruse specialist language, but this happens when he discusses economic, political and ecological issues. This does not happen when the pope is discussing the spiritual and theological truths.

In Laudato Si’  Pope Francis has been able to connect with non-Catholics where they are, and show them how their own concerns connect with deeper Catholic truths. He successfully integrates a theology of creation into the ecology debate. He affirms, as so many environmentalists affirm, that “all things are connected." In doing so he then connects the rights of the unborn, the needs of the poor, the rights of immigrants, the needs of the elderly and disabled, and the rightful demands of the workers. By affirming the truths we shares with non-believers, Pope Francis is able to open the door to the deeper truths of the Catholic faith. By meeting them on their ground he is able to point them to something greater.

In a world in which so many automatically dismiss the claims of the Catholic faith, Pope Francis opens new avenues for discussion. Where so many are confused or alienated by religious jargon and liturgical or theological terminology, Pope Francis relates with relevant language and accessible concepts. In a society where so many are cut off from religion by what seem to be archaic rituals and out of date language, the Pope attempts to speak plainly to a topic of widespread concern and interest. Where so many have learned to distrust and dismiss religion, Pope Francis has reached out in vulnerability and trust.

As he says in Laudato Si’ (quoting St. Augustine) the faith is “ever ancient and ever new." Addressing topics like bio-engineering, techno science, genetic manipulation and global economics, the pope shows the world that the Catholic church has the authority, intellectual muscle and integrity to speak to a global audience about issues that concern us all.

Ever since Pope Leo XIII’s encyclical Rerum Novarum in 1891 the Catholic church has spoken to the whole human family with a clear voice and global concern. The church’s social teaching applies the Christian gospel with deep compassion for the needs of our day, and in doing so not only guides the whole human race with wisdom and continuity, but also shares the good news with the same method and message of St. Paul.


Follow Fr Longenecker’s blog, browse his books and be in touch at dwightlongenecker.com