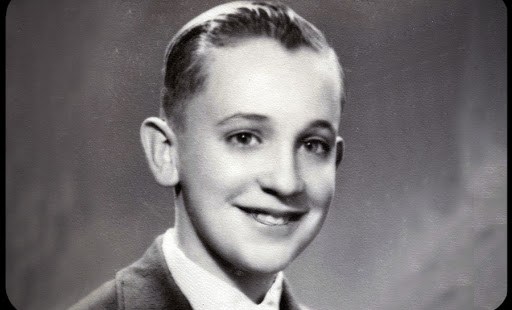 The Pontiff shares the reason behind it: “It’s a concern that I carry with me from my childhood.”

Alexandre Awi, priest and famous Mariologist, shared his valuable reflections on the pontificate of Pope Francis in an interview with Portaluz during his visit to Chile last April. But not only that; he also shared an unpublished, emotional experience from the life of the Pope. We publish it today because it shows the "humanity" of the Holy Father and reveals the spiritual richness that, since his youth, has forged the soul of the man who is the Vicar of Christ today.

Alexandre relates that as soon as the WYD Río 2013 ended, in which he had served as the translator and secretary of the Holy Father, he wrote an article on the "Culture of Encounter" for a Salesian magazine in Brazil. The article commented on the richness — pastoral, spiritual, and otherwise — that the Pope offers the world with that proposal.

In the document of Aparecida and long before, the Vicar of Christ already referred to this topic, which has been one of the thematic currents of his catechesis during his pontificate. But what Awi didn’t know is that the desire for a "Culture of Encounter" was deeply rooted in the childhood experiences of Jorge Mario Bergoglio, who today is Pope Francis.

The Pontiff himself would share this with Fr. Alexandre in a letter in which he thanks him for the article mentioned above:

"Thank you for the article on the culture of encounter. I think I should tell you something about that expression. When the facade of the cathedral of Buenos Aires was redone, they chose to copy the front of the Madeleine of Paris (which doesn’t even remotely match the baroque style of the church). Since it was a time of national reorganization, and they were trying to unite the nation, they chose to sculpt on the facade the scene of Joseph’s encounter with his brothers. This image touched me deeply. I think this was due in part to my family history and in part to God’s grace.

My family had a long history of conflicts. Uncles, aunts and cousins were constantly fighting each other and separated from each other. When I was a young boy and one of these cases was mentioned or some fight was foretold, I cried a lot in secret, and sometimes I offered some sacrifice or some penance so that these things wouldn’t happen. It hurt me deeply. I thank God that in my house Dad, Mom, my four siblings and I all lived in peace.

I believe that this childhood experience marked me deeply and built up in my heart the desire for people not to fight, but rather to stay united. And if they did fight, they should forgive each other and renew their friendship.

I am a little bit embarrassed when I re-read what I wrote, but I believe that this story contains the seed of what over the years, in an abstract way, I named the ‘Culture of Encounter.’ It’s a concern that I carry with me from my childhood."

Article originally published by Portaluz and translated by Matthew Green.