A New TNT Show Looks for Proof of the Afterlife 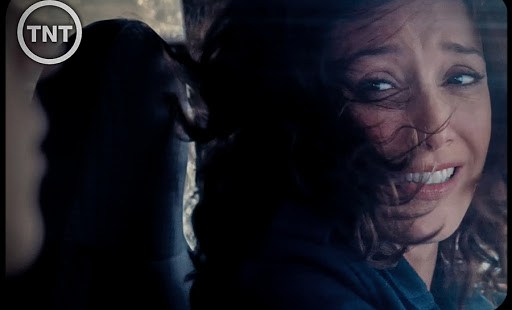 
What happens after we die?

This is one of the greatest mysteries that the human race has ever confronted. Like dogs and other animals, we perish after a few decades of bodily life, but unlike them, we’re keenly aware of it, and have an intellectual and spiritual makeup that seems to transcend it. We all die, but it’s not a given what – if anything – follows. Shakespeare rightly called death an “undiscovered country from whose bourn no traveller returns.”

But a new TNT show called Proof builds on a growing mass of literature around near death experiences (or NDEs) which are just that: reports of “travelers” returning from brushes with death (or, in some cases, death itself). They have seen the undiscovered country and have a story to tell.

The pilot introduces us to Dr. Carolyn Tyler, a brilliant, no-nonsense surgeon whose commitment to empirical problems and practical solutions is fed by the death of her son and the breakdown of her marriage. Dr. Tyler is approached by Ivan Turing, a curious billionaire with terminal cancer determined to solve the riddle of life after death. In exchange for her service, Turing offers control of his entire estate – 10 billion – for Dr. Tyler’s use.

She immediately resists. After all, this is the work of parapsychology, of “woo woo” science. She is a surgeon and a busy one at that. But Dr. Turing is persistent, arguing that her commitment to hard facts is precisely what makes her the best candidate for the position. He’s not looking for emotions, intuitions, or religious speculation, but “real proof – verifiable, scientific proof.” Turing also knows that Tyler had her own NDE off the coast of Japan which, like any good materialist, she attributes to a “surge of activity in the brain." From a combination of personal and financial need, she relents, and agrees to take on the research.

The rest of the pilot might remind viewers of earnest (if schmaltzy) Heaven Is for Real. With Dr. Tyler in the foreground, however, we might be on the more engaging territory of Dr. Eben Alexander’s Proof of Heaven. Alexander was, like Tyler, a surgeon who believed as a matter of course (and not as something that required “proof”) that when you die, you die, and that’s pretty much the end of it. Religion was the traditional way for people to tell more compelling stories: the human soul “transmigrates” and is reincarnated, or “flies” into an ethereal spiritual state forever, or is temporarily separated from the body until its resurrection. But for Alexander as for Tyler, materialism – not science, but the philosophical position that all that exists is material – seemed to render every religion equally misguided on our mortality.

Then, in 2008, Alexander slipped into a coma as a result of severe bacterial meningitis, and underwent a spiritual experience of such depth and clarity that he not only came out of it convinced that the soul is eternal, but also decided to spend the rest of his life bringing his scientific background to bear on the problem.

By putting us in the hands of its tough-minded protagonist, Proof wants to bring a similar balance to the question. When a television psychic named Peter Van Owen confronts Carolyn about her son, we side with her violent and visceral reaction, not only on a scientific level but on a personal one. She’s trustworthy and tragic; he does “cheap parlor tricks” and trades on people’s sorrows.

It’s refreshing to see this subject play in primetime television in this way, but it’s clearly the type of show that could slip into a heavy-handed if not ridiculous tenor, especially as investigations into “paranormal” experiences begin to overshadow NDEs. (The second episode focuses on a man with a brain lesion being visited by his dead wife, and the third on “past life regression therapy.")

There are small, vulnerable pinholes in Dr. Tyler’s skepticism that could make for a more interesting story. There is the death of her son, who may have played into her own NDE. In an early surgical scene, we also hear Dr. Tyler recite these words: “Ave Maria, mater dei, ora pro nobis peccatoribus”, the Latin form of the latter half of the “Hail Mary” prayer. Later, the boy in surgery recites those same words to Dr. Tyler, saying he heard them during his surgery from outside of his own body.

It remains to be seen whether Dr. Tyler will become convinced, and if so, whether the audience will join her. Whatever the outcome, the show’s merit is in pairing this metaphysical question with the meticulous eyes of a surgeon, which is – in life, as in art – just the kind of care and seriousness it deserves.