Gay Marriage: Getting the Conversation Right Is More Important Than Ever 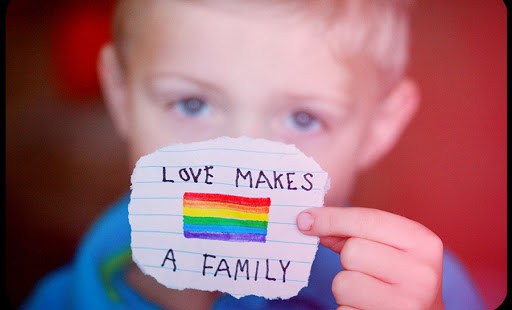 The kind of arguments we make moving forward really matter

SCOTUS’ rule in favor of gay marriage is a devastating blow, not only to the Marriage Reality Movement but to the Christian understanding of reality itself. For the secular culture, physical reality no longer matters. The only thing that counts is a person’s feelings about him or herself and the world he lives in. Facts don’t matter. Matter doesn’t matter. Only opinion and emotion.

In light of this historic decision, it is more important than ever to understand—and be able to articulate—why Roman Catholics do not, and cannot, ever support gay marriage.

The discussion about gay marriage is a terrifically sensitive topic and for the faithful Catholic, it’s incredibly easy to discuss it poorly. It is simply too easy to be cast in the role of angry, finger-waving, “hater” whose moral sensitivity meter is wound too tight and whose sole mission in life is to be an obstacle to the erstwhile happiness of people who supposedly love each other. Now, with SCOTUS on the side of gay marriage, the situation is even worse. Those who oppose gay marriage are officially bigots as far as the world is concerned. Faithful Roman Catholics are now as righteous as the KKK in the eyes of secular culture.

It would be easy for us to console ourselves when we lose these conversations by reminding ourselves that we are blessed when persecuted for holiness sake (c.f., Matt 5:10) but we must do more. Despite this decision, we must be prepared to evangelize and to proclaim the truth regardless of the cost. The consequences of not making our case well are just too great to society, the Catholic vision of love and sex, and the protection of the family as the basic unit of society in any meaningful way.

ARGUMENTS THAT ARE DOOMED TO FAIL

Arguments that are rooted in religious/moral language (i.e., “God disapproves of this”), or the language of disgust (“gay marriage is unnatural” or “homosexual acts are distasteful”)—even though they can be compelling for those who are already convinced of the rightness of the traditional view of things—are easily overcome by the opposition. For instance, how many of you have been shut up with simplistic responses like; “Your God might disapprove, but the God I know is a God of love and He would never stand in the way of our happiness.”  Or “How dare you say our love is disgusting. You’re just a bumpkin, or worse, a bigot. Why should we listen to you much less let you lead the way? We’ve let ignorance lead for too long….”   Had you led with a better argument, you wouldn’t have been so easy to dispatch.

The thing is, traditional Christians have much better arguments on our side than these; arguments that stand up to both logic and emotion. To not use these argument to advance the cause of traditional marriage is to do our side a real disservice and to hand the victory to the opposition. The marriage debate is not ours to win; it’s our to lose.

THE BEST ARGUMENT: THE RIGHTS OF CHILDREN

To begin, I really encourage friends of traditional marriage to arm themselves with Bill May’s little, but powerful, booklet, Getting the Marriage Conversation Right. It offers what I really have seen are the best, can’t-lose strategies for defending the nature of marriage.

His point (and although it’s too much to get into in a a blog post, his argument is absolutely correct from the point of both history and social science) is that marriage is the only institution in existence that guarantees the rights of children to to be united with their mother and father. Period. For the 4,000 years marriage has existed as a social and legal institution (beginning with Hammurabi) marriage has been understood as the institution that unites a man and a woman to each other and any children born from their union. No other social structure does that.