The Quest for Sobriety With the Calix Society 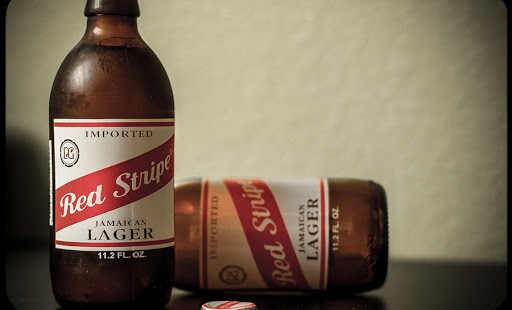 Many spend their Saturday mornings sleeping in or cheering at their children’s sports games. But at Club 12 in Leesburg, Virginia, one group of Catholics huddles up, pulls out their rosary beads and prays the Chaplet of the Divine Mercy to begin their weekly Calix Society meeting. Then they relate their trials and tribulations with alcohol.

“Those present may differ in age or experience but share a common language: suffering,” writes Michael Cappitelli in his essay, “Two or Three Gathered in My Name.” “Where alcohol once overtook their lives, wrecked relations, left no room for God, they have rediscovered their Catholic roots and (allowed) their faith to nourish them.”

Since 1949, Calix has supplemented the better-known Alcoholics Anonymous and Al-Anon programs, allowing participants nationwide to open up about God, Jesus and the Virgin Mary in a 12-step environment that encourages Catholic language and sentiments. With Arlington, Virginia Bishop Paul S. Loverde’s permission, Father Michael R. Duesterhaus, parochial vicar of Corpus Christi Church in South Riding, comes once a month to offer spiritual direction and hear confessions. Non-practicing Catholics and Protestants also are welcome.

Bob*, a Calix participant whose wife and daughter struggle with alcohol, said that before coming to the meetings, he had “fallen out of the faith.” He was in “a very bad place emotionally, mentally and physically” when he went to confession for the first time in 25 years.

“Before Calix, I was praying for the things I wanted instead of praying for understanding what God wants,” he said. “Now I pray for the knowledge of what He wants to happen and the power to carry it out.”

“Practicing your faith is how you keep from relapsing,” said Billy*, who helped found the Northern Virginia chapter in January 2014.

When Gregory*, who has been in recovery for more than 15 years, first learned about Calix, he said he immediately looked it up, but was disappointed to find that the support group nearest his home was in La Plata, MD.

“I prayed for a Calix chapter to start up closer,” he said. “One day I walked to Club 12 for AA and saw a flyer on the door for a new Calix meeting. My prayers were answered.”

Now a regular Calix attendee, Gregory said it is the group’s emphasis on mercy that has changed him the most.
“When we become more aligned with the God of our Catholic understanding, we have a more complete recovery in practicing the faith: daily prayer, routine, Mass more regularly,” he said. “We are more involved. The take the others have has given me perspective.”

“Believe it or not, it was because I was depressed,” she said. “I drank heavily in high school. By the time I became sober at 36, I easily had 25 years of alcoholic drinking. I knew for a long time that I had a problem and that I had to stop.”

When Lucy experienced a trauma that required emergency spinal surgery, she was prescribed painkillers. Over her two-year recovery, she said she became addicted to pills.

“I was getting worse and worse personally,” she said. “My boss told me, ‘You need to get help. We’ll hold your job.’”
Lucy sought medical attention at Father Martin’s Ashley, a nonprofit drug rehabilitation center in Havre de Grace, MD, founded by a formerly alcoholic priest. She stayed there for 30 days, but did not return to work. Inspired by the new evangelization, she asked herself how to become a disciple of Christ. An active Catholic before becoming sober, she enrolled in the master’s in theology program at Christendom College in Front Royal.