Pope Francis: Pray for Me As I Visit My Beloved Latin America 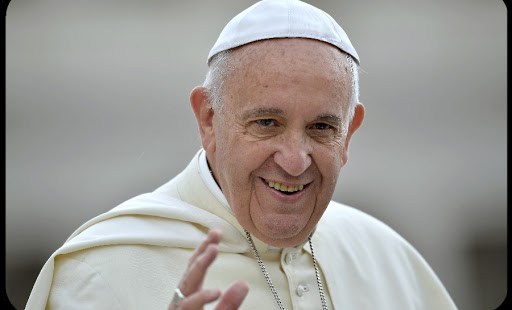 Angelus address on the Solemnity of Saints Peter and Paul

VATICAN CITY — Just days before he departs for an apostolic visit to Ecuador, Bolivia and Paraguay, Pope Francis has expressed his joy in traveling to Latin America and has asked the faithful for their prayers.

Addressing pilgrims gathered in St. Peter’s Square after the Angelus on Monday’s Solemnity of Saints Peter and Paul, the Pope said: “Next week, from July 5 -13, I will travel to Ecuador, Bolivia and Paraguay. I ask you all to accompany me in prayer, that the Lord may bless my journey to the continent of Latin America which is so dear to me, as you can imagine.”

He continued: “I express to the dear people of Ecuador, Bolivia and Paraguay my joy in visiting their home, and I ask you, in a particular way, to pray for me and for this visit, that the Virgin Mary might give us the grace of accompanying us all with her maternal protection.”

The Church of Rome, founded in the blood of Saints Peter and Paul

Before praying the Angelus, Pope Francis commented on the liturgical solemnity of Saints Peter and Paul. He noted that the feast of the two Apostles is celebrated in a wholly unique way by the Church of Rome, whose very foundations have been “sealed in their blood.”

The ancient liturgical feast commemorates the Apostles’ martyrdom. St. Peter was crucified upside down, while St. Paul was beheaded. The first pope and the apostle to the gentiles were martyred in the years AD 64 and AD 68 respectively, during the Christian persecution carried out under the emperor Nero.

Explicit testimony of the Apostles’ death comes to us from the middle of the 90s in the first century, i.e. more than three decades after their actual death. The account is contained in St. Clement of Rome’s Epistle to the Church of Corinth.

Pope Francis noted Rome’s special affection and gratitude for these men of God, “who came from a distant land to proclaim, at the cost of their lives, the Gospel of Christ to whom they were totally dedicated.”

“The glorious legacy of these two Apostles is a source of spiritual pride for Rome and, at the same time, it is a call to live the Christian virtues, especially faith and charity: faith in Jesus as Messiah and Son of God, which Peter first professed and Paul proclaimed to the Gentiles; and charity, which this Church is called to serve with a universal horizon,” he said.

Mary, Peter and Paul, our traveling companions in the search for God

Before praying the Angelus, the Pope also spoke of the Apostles’ association with the Virgin Mary, “the living image of the Church, the bride of Christ whom the two Apostles made fruitful by their blood.”

“Peter knew Mary personally and conversed with her, especially in the days preceding Pentecost (cf. Acts 1:14), and was able to deepen his understanding of the mystery of Christ,” he said. “Paul, in proclaiming the fulfillment of the plan of salvation ‘in the fullness of time,’ did not neglect to remember the ‘woman’ from whom the Son of God was born in time (cf. Galatians 4:4).”

As he entrusted the spiritual and material well being of the Eternal City to the Blessed Virgin, he noted the deep and centuries old devotion of the Romans to her, especially under the title of Salus Populi Romani [Protectress of the Roman People]. Pope Francis made the icon of Mary housed in the Roman Basilica of St. Mary Major his first place of pilgrimage on the day following his election to the papacy.

Mary, Peter and Paul are our “traveling companions” in our search for God, he added. “They are our guides on the path of faith and holiness. They direct us to Jesus, urging us to do everything he asks of us.”

The Pope invited the faithful to invoke their help, “so that our hearts may always be open to the inspirations of the Holy Spirit and to an encounter with our brothers and sisters.”

Earlier in the morning, Pope Francis celebrated Holy Mass for the Solemnity of Saints Peter and Paul and bestowed the pallium on several newly appointed Metropolitan Archbishops.