ACLU Abandons Religious Freedom to Side With Gay Marriage 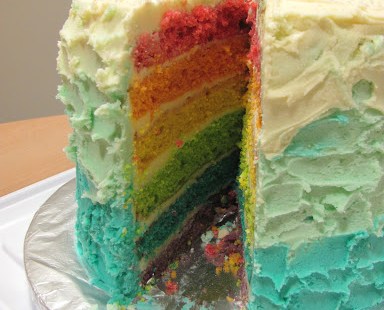 An official at the United States Bishops Conference charged that the American Civil Liberties Union’s backing away from support of the federal Religious Freedom Restoration Act
is part of an "ongoing effort to force people of faith out of the public square."

Hillary Byrnes, assistant general counsel for the U.S. Conference of Catholic Bishops, in a statement issued to Aleteia, challenged an ACLU official’s characterization of the bishops misusing the 1993 law designed to protect persons acting on their religious beliefs.


In an
op-ed in the Washington Post June 25, Louise Melling, the American Civil Liberties Union deputy legal director, wrote that while the ACLU once supported the Religious Freedom Restoration Act, it is concerned now that the law can be used to trample the rights of others, particularly homosexuals:


For more than 15 years, we have been concerned about how the RFRA could be used to discriminate against others. As the events of the past couple of years amply illustrate, our fears were well-founded. While the RFRA may serve as a shield to protect [religious practices], it is now often used as a sword to discriminate against women, gay and transgender people and others.

Melling’s piece was published two days before the Supreme Court ruled in
Obergefell v. Hodges that states may not deny marriage licenses to same-sex couples. But she predicted that a favorable ruling for same-sex "marriage" would only lead to an increase in the use of RFRA to "discriminate" against gays. She cited several examples for her concern:

She specifically cited the US Catholic bishops conference as an example:


The U.S. Conference of Catholic Bishops says that the RFRA means it is entitled to taxpayer funding to assist unaccompanied immigrant minors, many of whom have been raped, despite the fact that it refuses to provide those teens access to or referrals for abortion and contraception services, as required by law. It goes so far as to assert that Catholic organizations can’t be required to tell the government when they have a teen who needs care—because then the government might step in and help.


Not so, says the bishops conference’s Byrnes:

RFRA provides a balancing test to determine whether the government has substantially burdened someone’s free exercise of religion. Providing access to or referrals for abortion and contraception “services” is not required by law. The Hyde amendment prohibits federal funding of abortions except in limited circumstances, and even in such circumstances, a faith-based entity would not be forced to participate. Further, it is arrogant to suggest any migrant would automatically consider the taking of a life to be "care." Many of the migrants are devoutly religious and grateful to be in the care of someone who will respect their values and not force abortion upon them. The Catholic Church has a long commitment to serving migrants, refugees, and other people on the move, who often seek help from trusted faith-based providers. We simply seek the freedom to continue to serve these vulnerable populations.