Learning to Read the Bible the Way Jesus Did 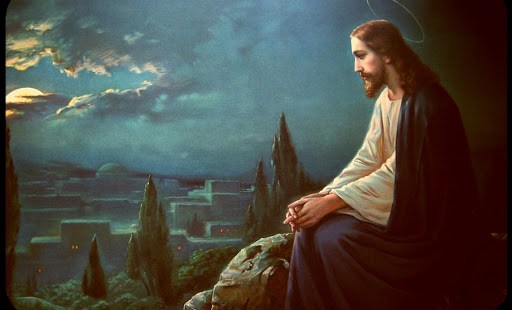 Lessons from reading the Old Testament

Many years ago, I received a shocking revelation about reading the Bible. No bright lights or angelic visitations were involved. Never since, though, have I been able to look at the text in quite the same way.

I was at a friendly discussion between Christians and Jews gathered in a synagogue library, when the rabbi suggested consulting a particular Biblical reference. I volunteered to find it, and picked up the convenient Bible volume, or rather, the Jewish Bible, the Tanakh. Now, I know my way around the Bible pretty well, in the sense of being able to place roughly in the text where I am going to find a particular book. To my horror, I was lost in this particular volume, which arranged the books in a sequence totally different from the Christian tradition. Please don’t smile at my ignorance.

The main lesson I derived from that experience was how thoroughly we take for granted the structure of the Bible as we know it, and the potent but unrecognized significance of the ordering we use. If we pick up a typical Protestant Bible, like the King James version, or any one of hundreds of modern editions, then it is a story with a beginning (Genesis), middle and end. The fact that we end with Revelation suggests that fiery apocalypse is the natural end of the story.

No less telling is the break between Old and New Testaments. We read our way through the prophets, ending with the cryptic Malachi, who foreshadows the coming of God’s messenger. We then slide over the intervening four or five centuries to segue neatly into the gospels. However natural and obvious that order might seem, the ordering, of its nature, carries a potent Christian message, namely that the Old Testament is now finished, and awaits fulfillment in Christ. There is also a negative implication, namely that nothing worthwhile happens in the four or five centuries before Christ’s birth. Presumably, people were just awaiting the arrival of the Messiah with bated breath.

Catholic Bibles are less stark in their ordering, as they include the Deuterocanonical books mainly written “between the Testaments,” in the two or three centuries before Christ, works like 1 and 2 Maccabees and the Wisdom of Solomon. That actually gives a far better sense of the long continuities of Jewish writing from which the Christian world emerges. It also minimizes the stark break between Old and New Testaments that Protestants have practiced since the time of Martin Luther.

But to return to those Jewish Bibles: why are they so different? The Tanakh is an acronym of three words, namely the Torah (Law), Nevi’im (Prophets) and Ketuvim (Writings). The Prophets, incidentally, include not only those books we normally think of under that label, but also the “Early Prophets,” namely the historical books from Joshua through 1 and 2 Samuel and 1 and 2 Kings. Roughly, those three groups – Law, Prophets, Writings – are in descending order of significance and respect, and some of the Writings, such as Esther, only achieved their place in the Jewish canon after lengthy debates.

For Christians, knowing that sequence is not just a morsel of Comparative Religion trivia, as that Jewish pattern was roughly the one used by Jesus and his first followers. Jesus himself spoke of “the Law and the Prophets.”

Although this story is by no means critical of itself, the case of the mysterious Zechariah shows how that sequence shaped early Christian attitudes to Bible reading. According to both Matthew and Luke, Jesus spoke harshly of the sufferings inflicted throughout the centuries on God’s faithful servants, from Abel in Genesis to Zechariah, who perished between the sanctuary and the altar (Matt 23.35; Luke 11.51). That innocent blood would be required of this generation!

But who was this Zechariah? As we have it, the text of Matthew identifies him as the son of Berechiah, which would mean the Old Testament prophet, who lived around 500 BC. The problem is that no credible account exists of his martyrdom. Almost certainly, the Berechiah reference is incorrect, either an error by Matthew or else (more likely) a very early editorial addition. That error causes major problems for Biblical literalists, who go to furious extremes to try and explain it away, but that is almost certainly what happened.