Will Catholic Doctors Soon Be Safe, Legal and Rare? 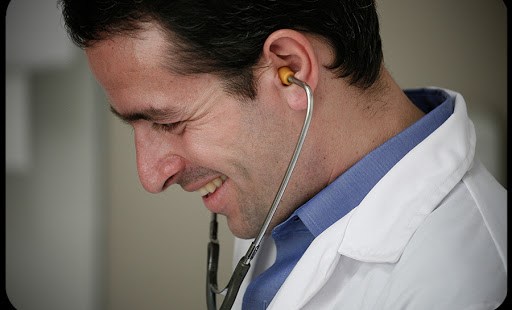 “What’s your major?” That’s the most common question undergraduates are asked when being met the first time. Often, the answer is a mumbled, “Well, I haven’t really decided yet…”  Also common is a hesitant, “Well, I was a politics major, but that was kinda boring, and I like literature, except for all the reading, so I think I might study philosophy instead—‘cuz, how hard can that be, right?”

But, if a student is asked that question, and his nostrils flair, fire flashes in his eyes, and his jaw tightens in grim determination, you can be sure that his answer will almost certainly be, “I’m a pre-med major.” Young adults who want to be doctors know that they have a long and very difficult path to walk. It is not for the faint of heart, the weak-willed or the uncertain. To get ready for medical school, you have to want it, you have to know that you want it, you have to be sure that you will be miserable without it, and you have to be prepared to immerse your whole identity and future in becoming (and remaining) a medical student until you are transformed into and licensed as a doctor. Stepping onto the path of becoming a medical doctor requires surrendering all wishful thinking.

What can be harder than becoming a doctor? How about becoming a medical doctor who is also a faithful Catholic? That was always hard, and it is becoming harder—especially since the advent of ObamaCare. The choice to become a faithful Catholic medical doctor entails rugged determination, high hopes and deep faith. Last week, I met 35 young people who had made that choice—they were all medical students who attended the Catholic Medical Student Boot Camp sponsored by the Catholic Medical Association, where I gave the keynote address.

At that Boot Camp, I experienced a grace that does not come easily for me, namely, hope. In our present time and place, when so many social, cultural, legal and spiritual forces appear to be arrayed faithful Catholics, it was uplifting to meet young, faithful Catholics who are intelligent, committed, and passionate. These young men and women are skilled and disciplined learners who are ready to pay the price to become faithful, Catholic doctors. I was edified by their courage and zeal, and I was saddened by their poverty.

What do I mean by “poverty”? Well, not what most people mean by that word. What I have in mind is their relative isolation, their lack of resources, and, finally, their (prescient, I believe) expectation of struggle, abuse and persecution.

Most of the students attending the Boot Camp were enrolled in non-Catholic medical schools. Most of the students enrolled in self-identified Catholic schools could make a persuasive case that their schools were Catholic-in-name-only. In either case, nearly all experienced a terrible loneliness, a sense that they were in a permanent minority, if not always unique among their contemporaries and mentors.

Lack of resources?  All asserted that their schools were well equipped for giving them all the technical training they wished.  But these same students admitted that almost nothing in their pre-med or medical training equipped them for the habits of mind and body of knowledge they must have to be faithful, articulate, effective and persuasive Catholic doctors. They told me that when the faculty at the Boot Camp made their presentations (and the ones I saw there were excellent), most students were hearing about, say, natural law or final causality for the first time. In other words, much of the conceptual framework and core concepts a Catholic intellectual needs to function in the moral realm had not already been made available to them. Of the 35 students present, a show of hands indicated that only two students had taken an undergraduate philosophy course beyond the introductory level, and only three had taken even a basic introductory theology course. They need foundational material beyond faith and good will.