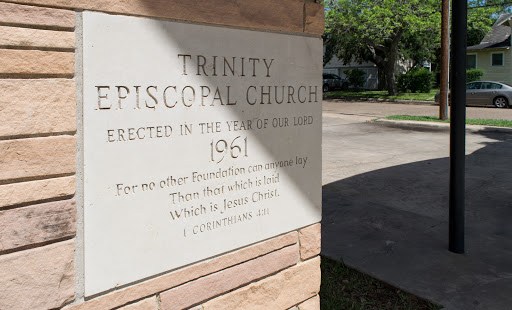 Genesis still says "male and female He created them," but the Episcopal Church in America will no longer refer to "husband and wife" when two people marry in church.

Just days after the United State Supreme Court legalized same-sex "marriage" nationwide, the 1.9 million-member church, based in New York, voted to change its liturgy to allow for homosexual weddings.

The reform, approved at the national assembly meeting in Salt Lake City, eliminates gender-specific language on marriage. Instead of "husband" and "wife," the church now will refer to "the couple."

The measure passed by an overwhelming margin in the House of Deputies, the voting body of clergy and lay people at the meeting. The day before, the House of Bishops had approved the resolution, 129-26 with five abstaining.

"Rapid changes in civil law concerning marriage in the United States, along with the responses received as part of the [Standing Commission on Liturgy and Music] church-wide consultation process, indicate a need for equivalent proper liturgies in jurisdictions where same-sex marriage is legal," according to a statement on the church’s website.​

"Further, the SCLM consultation process indicated a pastoral need for equivalent marriage rites that could be used by any couple."

The Rev. Jose Luis Mendoza-Barahona of Honduras was one representative to the meeting who did not vote for the change, saying it goes against the Bible.

"The fight has not ended, it’s starting," he said during debate Wednesday. "Those of us in the church who are loyal followers of Christ are going to remain firm in not recognizing what happened today."

Clergy can decline to perform the ceremonies under the new regulation, which takes effect at the beginning of Advent this year.

Prior to the vote, the Very Rev. Brian Baker of Sacramento said the church rule change was the result of a nearly four-decade long conversation.

According to Episcopal News Service, the Archbishop of Canterbury expressed deep concern about the stress for the Anglican Communion following the Episcopal Church House of Bishops’ approval of the resolution "to change the definition of marriage in the canons so that any reference to marriage as between a man and a woman is removed."

"While recognizing the prerogative of The Episcopal Church to address issues appropriate to its own context, Archbishop Justin Welby said that its decision will cause distress for some and have ramifications for the Anglican Communion as a whole, as well as for its ecumenical and interfaith relationships," the report said.