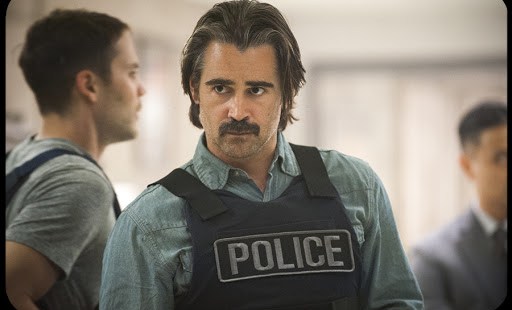 It’s dark, and it may just be what we deserve

“My strong suspicion is we get the world we deserve.”

With this tagline for season two of HBO’s True Detective, Nic Pizzolatto airlifted us out of the pessimism and nihilism of a desolated Louisiana bayou and transplanted us in the congestion of California. The new storyline (spoiler alert) revolves around a business deal in the fictional city of Vinci, where career criminal Frank Semyon (Vince Vaughn) is partnering with city planner Ben Caspere to implement a new high-speed commercial railroad up the heart of the Golden State. When the deal goes sour and Caspere goes missing, Detctive Velcoro (a predictable Colin Farrell), Detective Bezzerides (an out-of-place Rachel McAdams), and officer Woodrugh (a brooding Taylor Kitsch) converge in the investigation.

The good news is that the show maintains much of the first season’s aesthetic, and for that, remains head and shoulders above most television shows. The Lone Star-soaked reflections on locked rooms and flat circles have been replaced by a more raw (if more self-satirizing) noir that lets the characters’ actions do the talking. But the opening theme song by Leonard Cohen says it all: this is an unremittingly dark look at a west coast gold rush, one plagued by individual and social “neverminds”. Cohle ended that season with a hope that “the light’s winning” – but the sign above Vinci should read “abandon all hope, ye who enter here.”

The bad news is that because the first season set such a high bar, critics and viewers have been underwhelmed. Cary Fukunaga has been swapped out for the more conventional eye of Fast and Furious director Justin Lin, and the show has suffered the consequences. That aerial traffic shot is a powerful symbol of a virus spreading through the city’s veins, but its repetitive use points to a lack of imagination. The writing has also taken a hit. Overall, the first two episodes also feel flimsy and meandering, and are so jam-packed with off-camera people and events that you can’t help but feel you missed a prerequisite course.

One thing, though, is crystal clear. Whether conscious or not, traditional family structures are completely absent in Vinci, and deviancy is the new normal. It doesn’t just permeate every character; it permeates every character’s family. Ray prefers the solitary life, separating from his wife after she bears a child from a sexual assault; Woodrugh, whose mother tells him he has “hound’s blood” just like his absent father, pops a little blue pill with his isolated girlfriend and is suspended after being propositioned by a driver; Bezzerides has a sister involved in webcam “performances” and intimidates her boyfriend in the bedroom; and Caspere was evidently part of a disturbing underground circuit involving prostitutes and oversized bird heads. Ironically, the closest thing to a normative character is the antagonist, Semyon; he and his wife have a steady if business-oriented marriage, and are trying to conceive a beneficiary through in vitro fertilization.

One of the few Cohle-like insights comes from Semyon, who articulates the falseness and hollowness of this world. “It’s never really yours,” he whispers to his wife in bed. “You don’t take it with you. Just yourself, whatever that was…Something’s trying to tell me that it’s all papier-maché. Something’s telling me to wake up. Like…like I’m not real. Like I’m only dreaming.”

If season one was all about the philosophical paradigm governing modern life, season two turns the lens on the fruits of that paradigm. The only appeal to “natural law” made in the show is in reference to an act of retributive violence; in the domain of intimacy, the only law is that there is no law. The old governing structure of marriage and children is the one road the characters don’t travel. Everything else is permitted – and far from generating peace and love, surrounds the characters with darker and more violent expressions of self-assertion.