An Independence Day Reflection: How Can We Fulfill Our Mission? 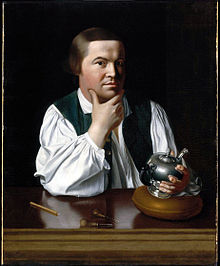 Like the Minutemen, we have been sent into rough terrain to make a difference

During this Independence week, I have a confession to make. A few summers ago, I found myself standing on a bridge in Concord, Massachusetts. And without knowing that I shouldn’t pick the flowers— I did! After apologizing to the park ranger for my failure to read the “Don’t Pick the Flowers” sign, he smiled and allowed me to take the flower. At the time, it was a prized possession. Now, however, it is temporarily lost in my office. But that’s another story.

If we could transport ourselves back to 1763, we would find ourselves at the end of the French and Indian War, a war that took many British lives and a great financial toll upon the King of England. Over the next twelve years, we would also observe an increasingly impatient king, one bent upon placing greater restrictions, taxes, and authority upon the colonists.

By April 18, 1775, King George III had reached his boiling point. British soldiers were sent marching from Boston to Lexington and Concord. However, the king hadn’t counted upon one Paul Revere. Revere rode ahead of the British to warn Samuel Adams and John Hancock of the expedition, both then staying in Lexington. As his ride continued, others also came aboard. Numerous farmers, townspeople, and militia leaders began preparations to take on what was then the world’s finest military.

By the time the British had reached the North Bridge, hundreds of Minutemen stood to greet them. Now if you are a student of the American Revolution, you will know that the bridge that I was standing on was the bridge that, on the morning of April 19, 1775, the famous “Shot heard around the world” was fired. That shot would begin the Revolutionary War, conclude in a colonial victory, and fifteen months later, lead to the signing of the Declaration of Independence.

In Sacred Scripture, we are given many divine images of “sending” or “being sent.” In Isaiah, the Lord informs the prophet that we should not mourn over Jerusalem, for He sends prosperity over her like a river. We will be carried in her arms, and as a mother comforts her child, in Jerusalem we will find our comfort. In his Letter to the Galatians, St. Paul reminds those who have been sent that peace and mercy will flow to all that follow His rule. And St. Luke reminds us that the Lord sent them out, two by two, into the harvest, without sandals and without money, and with only their faith and love of Jesus Christ. Told to announce that the Kingdom of God is at hand, their missionary efforts are to make the power of Christ present in the world, a power that will lead “Satan to fall from the sky like lightning.”

But unlike the British soldiers, each of us has been sent not by a human king. Rather, we have been sent by the King of Kings— Jesus Christ! At our baptism, we were anointed Priest, Prophet, and King and incorporated into the Body of Christ. And then? We were sent into the world to make a difference and to build up Christ’s Body! Like the Minutemen, we have been sent into rough terrain. With a culture that is in great turmoil, we ask ourselves pointed questions.

How can we make a difference?

How can our actions, like the actions of the Minutemen some 240 years ago, change our culture?

In the Gospel of Luke, Jesus gives us the answer. Two by two! In our day, the answer is really “individual by individual” and “family by family.” By simple actions such as praying before meals, offering to pray with and for others, or asking those who have been away from the practice of their faith to consider returning, we can begin rebuilding a culture that has fallen. In doing so, like the Minutemen, we will not know the outcome. However, we do know that Jesus Christ is present in our walk and promises to see us through the most difficult of circumstances. In His sending, Jesus counts on us to help Him build up the Kingdom, to be Christ for others, and to make His love known. He also tells us not to apologize for our faith, but rather to wear it bravely and with pride.