Is the Catholic Church Dying? Not a Chance 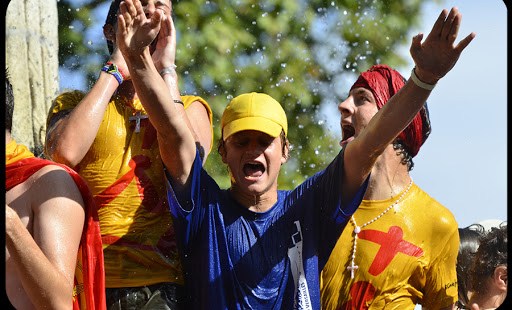 Those claiming the Catholic Church is dead are many. Secularists can’t wait to put the last nail in the coffin of their greatest enemy and publish the obituary. Anti-Catholic protestants can’t wait for the day when they can claim definitively that Rome has failed and fallen into apostasy. “See,” they hope to say with glee, “you thought the gates of hell would not prevail! Boy were you wrong.”

Liberals, too, within the Church cannot wait for the “old” dogmatic Church to die, so they can joyfully usher in a new, more welcoming, amorphous church that with no dogmas, no morality, and no hierarchy.

Yet, to borrow a line from Mark Twain, rumors of the Church’s death have been greatly exaggerated. Yes, the Church may be dying, but it will rise again. Indeed, to quote the great English Catholic, G.K. Chesterton, “Christendom has had a series of revolutions and in each one of them Christianity has died. Christianity has died many times and risen again; for it had a God who knew the way out of the grave.”

“THE RENEWAL OF OUR OWN YOUTH”

The Church had any number of opportunities of dying and even of being respectfully interred. But the younger generation always began once again to knock at the door; and never louder than when it was knocking at the lid of the coffin in which it had been prematurely buried.

Islam and Arianism were both attempts to broaden the basis to a sane and simple theism, the former supported by great military success and the latter by great imperial prestige. They ought to have finally established the new system, but for the one perplexing fact that the old system preserved the only seed and secret of novelty. Anyone reading between the lines of the twelfth-century record can see that the world was permeated by potential pantheism and paganism; we can see it in the dread of the Arabian version of Aristotle, in the rumor about great men being Moslems in secret; the old men, seeing the simple faith of the Dark Ages dissolving, might well have thought that the fading of Christendom into Islam would be the next thing to happen. If so, the old men would have been much surprised at what did happen.

What did happen was a roar like thunder from thousands and thousands of young men, throwing all their youth into one exultant counter-charge: the Crusades. The actual effect of danger from the younger religion was renewal of our own youth.

It was the sons of St. Francis, the Jugglers of God, wandering singing over all the roads of the world; it was the Gothic going up like a flight of arrows; it was a rejuvenation of Europe. And though I know less of the older period, I suspect that the same was true of Athanasian orthodoxy in revolt against Arian officialism. The older men had submitted it to a compromise, and St. Athanasius led the younger like a divine demagogue. The persecuted carried into exile the sacred fire. It was a flaming torch that could be cast out, but could not be trampled out. (From “Where All Roads Lead”, 1923)

Sam Guzman is the founder and editor of the Catholic Gentleman where this article was originally published. It is reprinted here with permission.