How the U.S. Catholic Bishops Reacted to Supreme Court’s Decision on Same-Sex Marriage 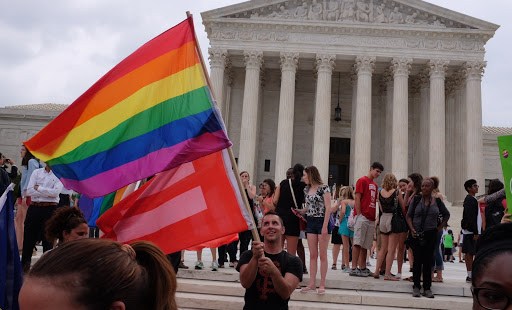 Here are their responses to the Court’s decision:

Now that the dust has begun to settle following the Supreme Court’s historic decision on same-sex marriage, here’s a round-up of reactions from Catholic bishops in the United States. Most took their cue from Archbishop Joseph E. Kurtz , the head of the U.S. Conference on Catholic Bishop’s who called the decision “a tragic error that harms the common good and most vulnerable among us,” but others emphasized the difference between civil marriage and sacramental marriage and the need to show tolerance and respect to the same-sex attracted.

The following quotes are excerpts from statements released by the bishops:

"Regardless of what a narrow majority of the Supreme Court may declare at this moment in history, the nature of the human person and marriage remains unchanged and unchangeable. Just as Roe v. Wade did not settle the question of abortion over forty years ago, Obergefell v. Hodges does not settle the question of marriage today. Neither decision is rooted in the truth, and as a result, both will eventually fail. Today the Court is wrong again. It is profoundly immoral and unjust for the government to declare that two people of the same sex can constitute a marriage.

The unique meaning of marriage as the union of one man and one woman is inscribed in our bodies as male and female. The protection of this meaning is a critical dimension of the “integral ecology” that Pope Francis has called us to promote. Mandating marriage redefinition across the country is a tragic error that harms the common good and most vulnerable among us, especially children. The law has a duty to support every child’s basic right to be raised, where possible, by his or her married mother and father in a stable home.

"As a citizen of the United States and a Catholic bishop, I am saddened by the Supreme Court decision on same sex marriage.

The institution of marriage understood in its human, moral and legal dimensions is a fundamental building block of any society.  The protection of marriage and families is a shared responsibility for all of us.

Certainly every citizen of this land, regardless of their sexual orientation, deserves to be respected in their personal and civic life.  But enshrining same sex marriage in our constitutional system of governance has dangers that may become fully evident only over time.

"The Supreme Court’s narrow majority decision today is gravely unjust as it attempts to change the nature of marriage. Mandating marriage redefinition across the country is a tragic error harming the common good and the most vulnerable among us. The ruling does not and cannot change what marriage really is. No one and no court can make what is false true.

Marriage is a perennial institution, with deep roots in who we are and in our nation’s culture and laws. Marriage is and always will be the union between one man and one woman. This truth is inseparable from the duty to honor the God-given dignity of every human person, to protect the beautiful truth of marriage, which concerns the essential well-being of the nation, especially children. Children have a basic right, wherever possible, to know and be loved by their mother and father together. The law has a duty to support every child in this most basic right.