There’s An App For That: How Automation Can Make Life Harder 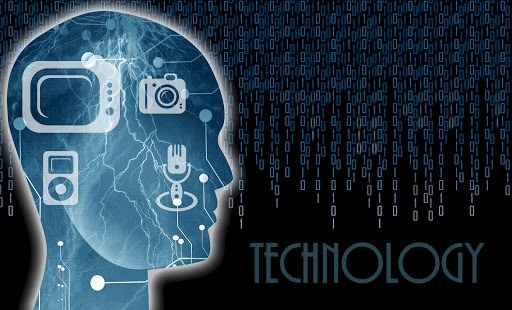 The easier work gets, the more of it we make for ourselves

Massimo Introvigne has an interesting commentary over at MercatorNet in which he makes an observation I’ve been thinking about a lot lately – namely, that the Jetsons- and Star Trek-style technology-saturated future we all dreamed of as kids has largely come to pass (minus the flying cars and warp drive), yet the leisure-filled utopia that was supposed to come with it is nowhere to be found.

Automation was supposed to free us from the grind of daily non-creative labor, to let the machines handle the heavy lifting and other boring stuff while we humans devote ourselves to nobler pursuits, like charity and the arts.  In reality, as anyone who has ever tried to program a coffee maker, install a software patch, or clear a paper jam from the office printer already knows, technology can be a grind all its own, and the time it saves is quickly eaten up by new tasks – often tasks related to the technology itself.

“Sociologists call it the paradox of the washing machine,” Massimo writes. “They noticed that in developing countries, when the washing machine replaces traditional ways of washing, after a while women complain that they devote more time to washing rather than less. This happens because their husbands and children ask them to wash more clothes more often.”

Adds Massimo, “It is the same with emails. We get more emails than we did letters and we are expected to answer immediately. And cars cause traffic jams. It was quicker to go from one to the other end of Manhattan by horse-drawn carriage two centuries ago than by car at rush hour today.”

While some at the dawn of the information age worried that technology would automate so much of our lives that we would literally be bored to death, the opposite has happened instead.  People in the most technologically advanced societies are busier than ever – not with the noble cultural enrichment of Gene Roddenberry’s fantasies of the future, but with more of the same stuff we invented technology to handle for us in the first place.  Laundry is easier, so we buy more clothes.  Work is easier, so we do more of it for longer hours, rather than shorten the standard workday or workweek. And when we do go on vacation, we’re often on a leash – expected to be reachable in case of a work “emergency.” (Unless you’re the police chief or a trauma surgeon, is there really such a thing as a problem that can’t wait?)

It’s tempting to think the answer to this “problem” is to bring in more technology or upgrade what we already have:  Can’t find the summit of Mount Laundry?  Just wait until you try Rosie the Robot!  She’ll conquer the peak while you live your life! …  Boss got you down?  There’s an app for that!  Download “Virtual Clone” to handle your workload so you don’t have to!

But as fast as inventors produce new technology, others find ways to fill the time it saves us.  “Rosie” might do your laundry, but how much time will you spend troubleshooting her problems (or defending yourself when she inevitably becomes sentient and takes revenge for years of enslavement?)  And if “Virtual Clone” can handle the work you do now, won’t you just be assigned double the workload?

In our unthinking rat race of a society, it seems like the more we rely on technology to get things done, the less control of our time we have.  We’re doing more things than ever before, but how many of them are meaningful?  How many of them are what we want to be doing, rather than what someone else expects us to do?

This is not the future we were promised, but for better or worse, it’s the one we’ve got. So until we as a society realign our priorities, you might want to think twice the next time you farm out a piece of your life to the machines.