How “That Stupid Pregnancy Bump” Changed Me Forever

I am not one to reminisce and rehash past events in my life, but how can I not with this one?  It was the single most life-changing event I’ve known.

Although I’m within a week of being in my third trimester with our third son, I’m still not a terribly emotional person, except for some things.

My oldest child is one of those things.

I didn’t have anyone to worry about or take care of except myself, and I wasn’t even really doing that! I look back on my former self during college years (and even high school) with disgust. The decisions I made were vain, thoughtless and self gratifying. I was working tons but not saving my money. I spent it all on anything I wanted.

We grow up being told, “chase your dreams! Do what feels good! Have no regrets! Live, laugh, love! Be forever young! You only live once! Live in the moment! Be true to yourself!”

We are told these terribly cliché statements but with no context surrounding them.  Embarrassingly, some of us even tattoo these stupid mantras onto our own body or hang/paint the words in our own household. And without wisdom attached, these words encourage reckless behavior and regretful futures in the wisdom-less youth and ignorant adulthood.

And wisdom-less and ignorant, I certainly was. I was definitely being true to that.

I would hear someone rambling on about their past mistakes and how I should learn and be better, but I didn’t care. I was told repeatedly of my potential for “success” and that I had the “Midas Touch”, that I was gifted, that everything I touched moved for me and with me.

But childishly, I thought to myself, “why wouldn’t it? “

Nothing was ever difficult for me. I never had to struggle to do anything well. I excelled at anything I put an ounce of exertion into doing. But an ounce was all I ever exerted. My head was always somewhere else; onto my next self-fulfilling “dream”. I never thought about REALLY putting hard work into my life, focusing on a goal, and delaying my gratification for the bigger picture. I wanted what I wanted. and I got it. I never looked for a bigger picture.

I look back on myself during those years and shudder.

But what I do not regret was the choice I made with my husband to love our oldest son.

There is nothing that I have done in my past that has brought me greater, lasting joy than giving life to my son, and our subsequent children.

And I say THIS, coming from a girl, who once hated children. All ages. I used to pride myself on a monologue I would frequently give to anyone within earshot about how I believed all newborns were ugly, scrunched-up things, toddlers were all whining, grubby brats, and the ages beyond until teenager-dom were just annoying, obnoxious, and germ-y.
Bring a baby into the room, and I would roll my eyes and walk away while all the other girls and moms oohed and ahhed over the “sweeeeeeet little baaaaabyyyyy cooo coo coooweoifhawkjfawlkjfhalkjfh BARF!!!!!”

Give me a puppy dog, I always said. Those things are fluffy, cute, and you can put them in a crate overnight with a bowl of food and water. Those things don’t demand any more attention than I felt like giving.

Yet I chose our son. 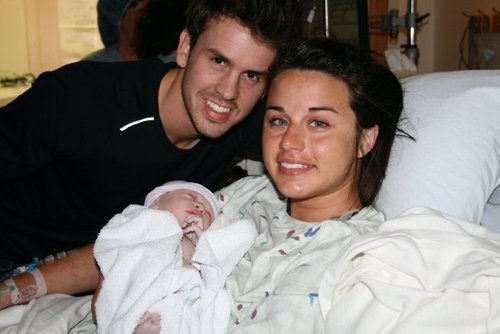 Not because my religion tells me “ABORTION BAAAAD!” but, because thankfully, I listened to science enough to fully acknowledge that the moment one of my eggs is fertilized, it’s not merely a fertilized egg, it’s a HE or a SHE with his/her own, unique DNA; a human being, separate from me. I at least held that conviction.