What to Do When All Looks Gloomy 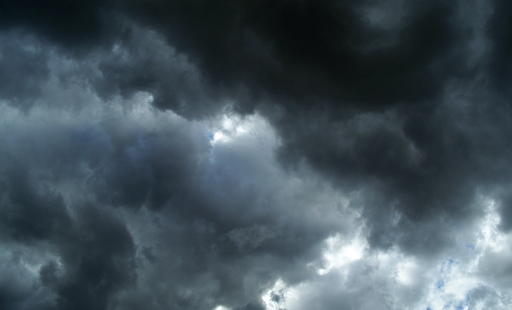 Darkness and light are our constant companions

“Father, I’m calling to say goodbye—because the world is coming to an end.”  That was the start of the first phone conversation I had after completing my annual 8-day retreat last month.  And I must say, I’m not surprised.  Calamities often ensue while I’m on retreat.  For example, in 1991, when I was making the 30-day retreat required of all Jesuit novices, the First Gulf War broke out.

During this year’s retreat, the Supreme Court of the United States rendered two decisions which brought no consolation to those who respect the rule of law, the U.S. Constitution, or common sense.  The first decision, regarding Obamacare, came to a conclusion, which, according to Chief Justice Roberts, writing for the majority, is contrary to, “…the most natural reading” of the words of the law.  This led Justice Scalia, in his dissenting opinion, to declare that, as a result of the majority’s opinion, “…words no longer have meaning.”

The following day, the Supreme Court handed down a decision regarding same-sex “marriage.”  The majority ruled that the Constitution secures as a right for homosexuals that they may marry other homosexuals.  Writing in dissent, Chief Justice Roberts noted that, “…by all means celebrate today’s decision. Celebrate the achievement of a desired goal. Celebrate the opportunity for a new expression of commitment to a partner. Celebrate the availability of new benefits. But do not celebrate the Constitution. It had nothing to do with it.”  Since these two rulings, many people have asked me whether the Constitutional Republic we grew up in still exists.

A dark tide rushes in not only from the legal world, but the financial world as well.  The economies of Greece, Puerto Rico, and China (among others) are visibly fracturing.  We cannot reasonably expect that the economic fallout will be contained or painless.

At the same time, we see that the dark forces at work in the world are at work against the Church. Catholics are persecuted around the world, sometimes subtly by law, often overtly by violence. These days, it may be difficult for a faithful and informed Catholic to keep his spirits up. I could go on and on, citing examples from politics, culture, war, medicine, academia, etc., each illustrating (to paraphrase George H.W. Bush) “a thousand points of gloom.”

How shall a faithful Catholic respond to all this?  How can he speak meaningfully of joy, hope, and peace?  Recently, I had a long dinner with a group of especially faithful, literate and learned Catholic friends.  We discussed these very topics and questions.  The conversation included raised voices, fists pounding on the table, people standing up and waving their arms—without once falling into rancor or irrationality or losing charity.  It was the kind of dinner conversation that I believe the likes of Belloc and Chesterton would have approved of.

I wish I could say that by the end of the evening and the wine, we had come to a conclusion that could be reduced to a pithy formulation (but nothing so facile as a button I saw which read, “Too blessed to be distressed”). But we didn’t. And we didn’t find any singular, stand-alone Scriptural reference, text from a Church Father, or a papal pronouncement that answered every question and banished every fear.  The reality of the dark was not denied, even as the Sovereignty and Providence of God were insisted upon.