About everything from his own mother's love to Mother Earth 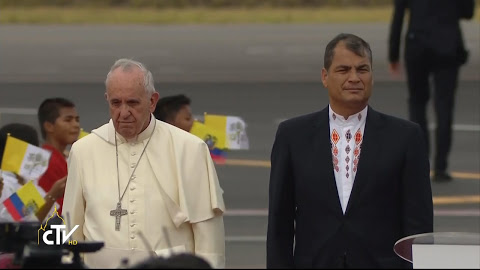 Christ and the Church: We Christians identify Christ with the sun, and the moon with the Church; the moon does not have its own light, indeed if it hides from the sun it will be enveloped by darkness
(Welcome Ceremony, Quito Airport, July 5, 2015). 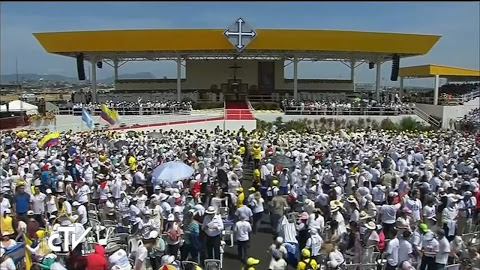 The elderly:  How many elderly people feel left out of family celebrations, cast aside and longing each day for a little love, from their sons and daughters, their grandchildren, their great grandchildren
(Holy Mass in Los Samanes Park, Guayaquil, July 6, 2015). 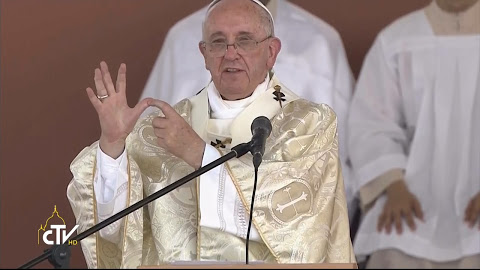 Pope Francis’ mother: I remember once how my mother was asked which of her five children – we are five brothers – did she love the most. And she said: it is like the fingers on my hand, if I prick one of them, then it is as if the others are pricked also. A mother loves her children as they are. And in the family, children are loved as they are. None are rejecte.
(Holy Mass in Los Samanes Park, Guayaquil,
July 6, 2015). 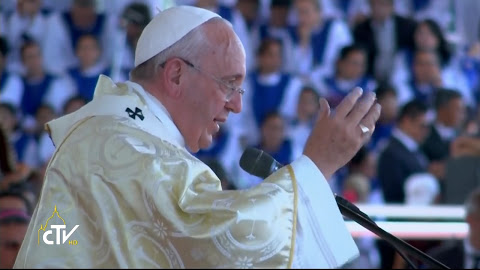 The family, “social capital” of society: The family constitutes the best “social capital”. It cannot be replaced by other institutions. It needs to be helped and strengthened, lest we lose our proper sense of the services which society as a whole provides
(Holy Mass in Los Samanes Park, Guayaquil,
July 6, 2015). 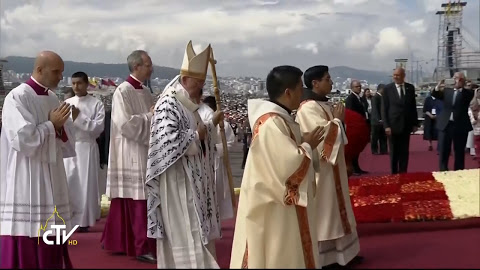 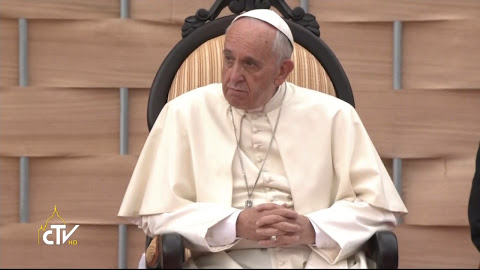 Mother earth: There is a relationship between our life and that of mother earth, between the way we live and the gift we have received from God
(Meeting with Educators, Pontifical Catholic University of Ecuador, Quito, July 7, 2015). 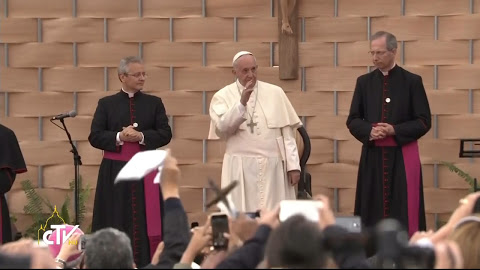 Responsibility for the environment: We have received this earth as an inheritance, as a gift, in trust. We would do well to ask ourselves: “What kind of world do we want to leave behind? What meaning or direction do we want to give to our lives? Why have we been put here? What is the purpose of our work and all our efforts?”
(Meeting with Educators, Pontifical Catholic University of Ecuador, Quito, July 7, 2015). 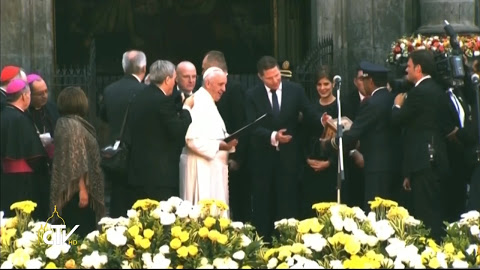 The goods of the earth: The goods of the earth are meant for everyone, and however much someone may parade his property, which is legitimate, it has a social mortgage – always. In this way we move beyond purely economic justice, based on commerce, towards social justice, which upholds the fundamental human right to a dignified life
(Meeting with political, economic and civil leaders in San Francisco Church, Quito, July 7, 2015). 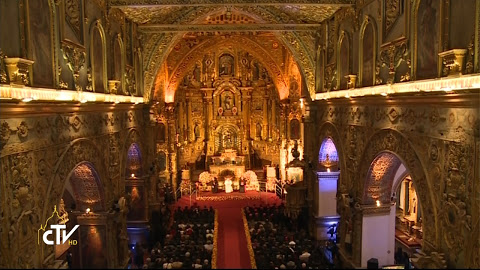 The poor. Many ask me: “Father, why do you speak so much about those in need, about excluded people and people who are on the side of the path?”. Simply because this is the reality and the response to this reality is in the heart of the gospel
(Meeting with political, economic and civil leaders in San Francisco Church, Quito, July 7, 2015). 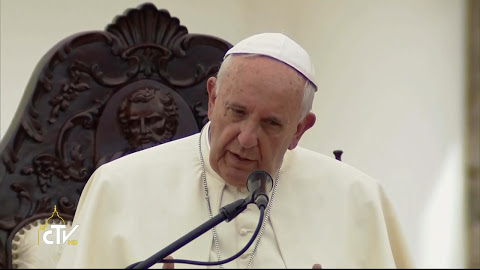 Blessing of Ecuador: May the Lord … continue blessing this Ecuadorian people whom you must serve and are called to serve; may he continue to bless you with that particular characteristic which I noticed as I arrived here. May the Lord bless you and the Blessed Virgin protect you
(Meeting with clergy, religious, and seminarians at the National Marian Shrine of “El Quinche”, Quito, Ecuador, July 8, 2015).
Tags:
Pope Francis
Support Aleteia!