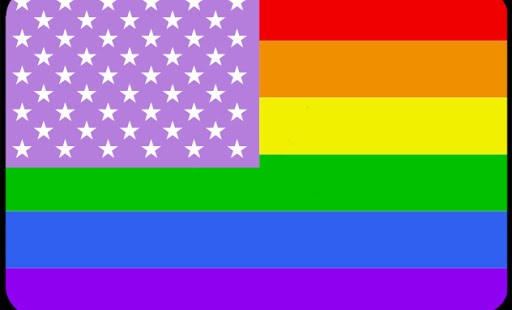 Envisioning a positive future after the Obergefell case

Now that the Supreme Court has ruled in Obergefell v. Hodges that no state may deny a marriage license to two members of the same sex, those who have been fighting in defense of natural marriage are asking, "Where do we go from here?"

I offer some suggestions:

1. First, it is necessary to confront the Sexual Revolutionaries and their promotion of Utilitarian ethics. Pope St. John Paul II in the book Love and Responsibility demonstrates how Utilitarianism encourages people to use other human beings as objects. While the LGBT may want real love, following such an ideology prevents them from making a total gift of self which is at the heart of the marital union. Unfortunately, our task is made difficult because many, who have no same sex attractions (SSA), have also adopted Utilitarian sexual ethics.

True marriage is not just one man, one woman. It is also for better, or for worse, for richer, for poorer, in sickness, in health, forsaking all others, till death do us part. When two people marry, they put everything on the line, their hearts, their lives, their futures, their fortunes. They are obliged to honor their vows, to be faithful to their spouse and children. Persons with SSA, having observed the ways marriage has already been betrayed by utilitarian ethics, see no reason why its definition should not be changed to accommodate their desires.

2. Freedom of religion and freedom of speech must be defended. Many legal defense groups have already taken up the cases of those who refuse to violate their faith. They need our support, since these court cases are very expensive. Legislation to protect these rights should be broad enough to include the rights of artists and craftsmen, the right to receive counseling for SSA, the right to speak prophetically, the right to share their opinions without fear of being fined or fired, and some way to mitigate the enormous costs incurred for defending one’s freedom of religion.

3. Prayer, fasting, repentance, and reparation. Individually and in our churches, we need to pray for people with SSA and gender identity disorder (GID), for their children, and their parents. They have suffered. While they insist that they don’t need our prayers, we must pray for them anyway. Parents of persons with SSA often feel totally deserted by the Church and need support. Christians are called to love their enemies and pray for those who persecute them. The gay activists, in particular the Southern Poverty Law Center, have made it clear that they wish to silence us. Therefore, even as we defend ourselves against their slanders and attacks, we are obliged to forgive them and pray for them. We need to personally repent if we have used ugly and demeaning language. We must make reparation for the sins of our country, following the example of the three young men thrown into the fiery furnace who repented for the sins of their nation (Daniel 3).

While sexual acts are acceptable only between a husband and wife, we are not called to bring condemnation, but hope. The friends of the LGBT have taken away all their hope and encouraged them to surrender. While we cannot know the extent of their bondage, what they have suffered or how they struggled, we know that God does not ask the impossible. We are not their judges. Studies reveal that as many as 40% of the LGBT have been victims of sexual abuse, which can make healing difficult. We should not assume that everyone who self-identifies as LGBT is sexually active. In the first century, St. Paul warned the Romans believers that even though they saw evil all around them, including homosexual acts, they were not to judge, but to repent of their own sins. We cannot quote Romans 1 without applying Romans 2 to ourselves.