The Reason Women Flock to the “Magic Mike” Movies 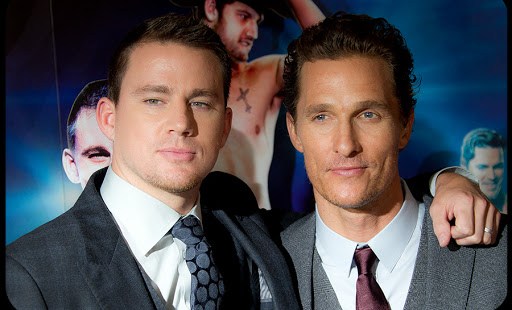 Is there a double standard when it comes to male and female stripping?

I completely missed the first Magic in 2012, to the point of not even knowing to this very day that it had even existed. Also, as a heterosexual female I find chest hair, which male strippers must shave to extinction, kind of sexy. And although it behooves a man to keep himself in reasonably athletic good shape, inguinal creases and enough six-packs to last through a Super Bowl party aren’t necessarily my idea of a turn-on.

But I do know something about the vast different sexual and social dynamics of female stripping versus male stripping. Years ago, for a story I was writing, I interviewed a topless dancer at a topless bar. She was extremely beautiful and also very sweet. Topless and stripping are professions that pay good money to good-looking girls who didn’t do that well in high school (and sometimes messed up their lives in other ways, such as single motherhood). But her all-male customers—what a bunch. They came to the bar, often alone, sometimes with a buddy or two, and sat staring transfixed with concupiscence at the dancers, to the point where you’d think they’d been hypnotized. A team of bouncers stationed strategically on the floor made sure that no one acted out these cravings, much less indulged in the violence that unrestrained male lust often can generate.

As for male stripping and its female customer base, the important thing to know is that the female customers never arrive alone; they arrive in hordes, in bachelorette parties or on girls’ night out. They’re also permitted by Sex in the City custom to rush the stage, feel up the strippers, and even commit acts that would be defined as felony sexual assault were they committed by men. “I have…seen a strip show by men aimed at women where the performers literally come out with scratches and their clothes torn from their female audience,” an Australian reader wrote to the Brisbane Times.

The reason for this isn’t simply that there’s a feminist double standard. It’s that male stripping for women isn’t so much a satiation of desire (like female stripping for men) as a form of theater, in which the female audience actively participates. The point isn’t just to become sexually aroused by the strip show. It’s to demonstrate to your female friends that you’re liberated enough or cool enough to become sexually aroused by the strip show. Women are notorious conformists, and male stripping gives them permission to shout, “You go, girl!”—at themselves.

And that may be why the "Magic" men, for all their chiseled torso muscles, don’t really radiate much sex appeal, even though their female audiences can get quite aggressive. Male stripping isn’t really about men at all.

Charlotte Allen writes for a variety of publications: The Weekly Standard, the Wall Street Journal, the Los Angeles Times. She has a Ph.D. in medieval studies and is the author of The Human Christ: The Search for the Historical Jesus.