This Nun Went Through The Chaos In Libya. Her Insights Into ISIS and European Immigration 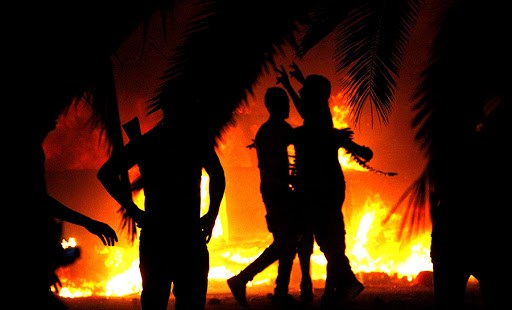 Gut-wrenching situations that have launched the country into an abyss, and the persistence of hope

Three Christians—a Ghanaian, a Nigerian and a Coptic Egyptian—have been kidnapped in Libya by a jihadist group linked to the Islamic State, according to Fides news agency. The kidnapping dates to July 11, but was confirmed Sunday, July 19, by Mohammed Hijazi, military spokesman of the Libyan government currently in Tobruk and recognized by the international community.

Sunday evening, four Italians were kidnapped in Mellitah. Those abducted were four technicians, employees of an Italian company working in North African oil facilities. At the moment there is no news on the nature of the kidnapping.

Sister Inma Moya, of the Daughters of Charity, has spent the last 15 years in Libya, working for Caritas with people who dreamed of crossing the sea to Europe, which they picture as the solution to all their problems.

She now lives in Morocco, offering a different kind of pastoral service, But she wanted to talk with Aleteia to explain why Libya has become the Islamic State’s door to Europe. Sister Inma tells us that, despite fear and insecurity, Catholics in this North African country keep hoping and trusting in God.

Libya: a land of terrorist attacks, massacres of Coptic Christians, violence… What is happening in this huge and little-known country?

What is happening is exactly what was feared if Colonel Muammar Gaddafi were to disappear some day: the country is falling into chaos.

When the "Arab Spring" began, nobody in Libya thought that it would affect the country or arrive there, because of the very strict regime and dictator that were in power.

Before the day scheduled for the protest called "The day of rage," everything had already begun. First, there was a protest in favor of the regime, and a few days later there were uprisings beginning in Benghazi and then throughout all of Libya.
There were burning vehicles, posters with Gaddafi’s photograph, barricades… Those were horrible days because nobody believed that what happened would actually come to pass.

And then chaos was unleashed.

There started to be food shortages in supermarkets, and there were long lines of people at bakeries waiting to get a little bread. There was fear and panic, above all during the evening and night. The honking horns and the shouts of young people were deafening. Gaddafi was talking on the television around the clock, and from foreign media we saw horrible images of what was happening in the country. Those were days of great danger and uncertainty.

The prisons were full of inmates; many were able to escape, such as the Islamists that Gaddafi had in prison because he didn’t trust them and wanted to avoid them taking over the country and overthrowing him.

The Libyans never emigrated, because their basic needs for food were covered. Salaries were very low, around 150 or 200 Libyan dinars, which is less than $150 U.S. dollars per month, but nobody complained.

In 2013, the situation got worse. What happened?

In 2013, everything changed abruptly. There started to be revolts and robberies, public insecurity… There was no stable government. There were elections, but the person who won took advantage of the situation and… things continued this way until 2014 when chaos took total control.

There began to be gasoline shortages. For three years, natural gas and electricity were in very short supply; every day they were cut off for 15 or 18 hours.

Almost every day, there were conflicts in the street between various military groups. Their rivalry took hold of the country. Cars were regularly stolen and drivers who refused to leave their vehicle were killed…

At nightfall, it was better not to go out into the street, in order to avoid problems.