Pope Francis: Jesus Shows Us His Mercy by Teaching Us The Truth 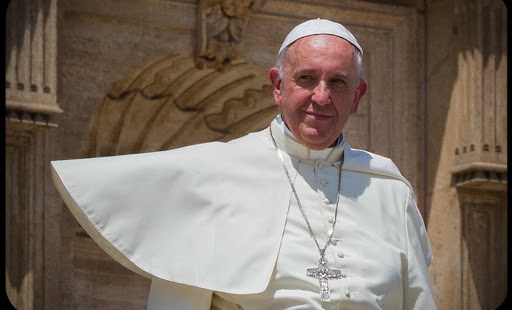 At Sunday Angelus, pope entrusts apostolic visit to Our Lady of Guadalupe

VATICAN CITY — In his first major public address since his return from an intense apostolic voyage to Latin America, Pope Francis said Jesus shows us his mercy by teaching us the truth, and he entrusted the fruits of his visit to his homeland to Our Lady of Guadalupe.

Speaking to pilgrims at the Angelus in a hot St. Peter’s Square on Sunday, the Pope commented on the day’s Gospel from St. Mark (6:30-34). The Gospel account opens with Jesus’ compassion for the Apostles after their return from mission, as he takes them away “to a secluded place to rest a while.”

Yet the people discover where Jesus goes, and follow him. And here, Pope Francis said, the evangelist “offers us an image of Jesus of unique intensity, ‘taking a snaphot’ of his eyes, as it were, and capturing the sentiments of his heart.”

The evangelist says: “As he landed he saw a great throng, and he had compassion on them, because they were like sheep without a shepherd; and he began to teach them many things” (v. 34).

The Holy Father called the the three verbs used by St. Mark — to see, to have compassion, and to teach — the “verbs of the Shepherd.” Jesus does not look on the people as a “sociologist or a photojournalist,” he said. Instead, “he always looks with ‘the eyes of the heart’.”

Likewise, the compassion Jesus feels for the crowd “is not just a human sentiment,” he noted. Rather, it is the emotion of the Messiah in whom the tenderness of God became flesh.”

Jesus’ compassion leads him “to feed the crowd with the bread of his word,” Pope Francis said. In other words, Jesus shows us his mercy through doctrine, i.e. by teaching us the truth.

Having just returned from an intense visit to Ecuador, Bolivia and Paraguay, Pope Francis said he had asked the Lord “that the Spirit of Jesus, the Good Shepherd, this Spirit, might guide [him] along the course of the apostolic voyage.”

After reiterating his appreciation to the bishops, priests, religious, and laity of Latin America for their warm welcome, the Pope spoke of the challenges facing his homeland.

“The continent of Latin America has great human and spiritual potential,” he said. “It preserves and safeguards deeply rooted Christian values, but it also experiences serious social and economic problems.” To contribute to a solution, he added, “the Church is committed to mobilizing spiritual and moral strength of her communities,” by collaborating with all facets of society.

After touching down in Rome last Monday, Pope Francis paid a visit to the Basilica of St. Mary Major to venerate the icon of Our Lady “Salus Populo Romani,” before returning home to the Vatican.

He concluded his Sunday Angelus address by entrusting the fruits of his voyage to Ecuador, Bolivia, and Paraguay to the Blessed Virgin, saying: “To the maternal intercession of the Virgin Mary, which the whole of Latin America venerates as patroness under the title of Our Lady of Guadalupe, I entrust the fruits of this unforgettable apostolic visit.”