How Pope Francis Follows 3 Principles of the Poverello of Assisi 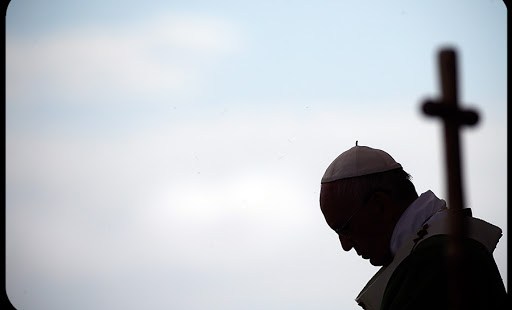 His reflection of the saint

Our visit to Assisi was, as I expected, a delight and a disappointment. We arrived on a Sunday morning and the famous town was crowded with tourists, weekenders and pilgrims. The basilica was so packed with Mass goers that we decided to miss the famous frescoes and went instead to celebrate Mass in the peace chapel just a few yards from the tomb of St. Francis. While visiting Assisi I was reminded of three famous characteristics of St. Francis, and was moved to see them reflected in the life and ministry of Pope Francis today.

First, St. Francis is famous for his love of poverty. As he realized he was being elected to the papacy, Cardinal Bergoglio’s friend, the Brazilian Cardinal Claudio Hummes, leaned over and whispered, “Don’t forget the poor.” Taking the name “Francis” the pope has made remembering the poor a hallmark of his papacy. Pope Francis’ attention to the poor has extended beyond welcoming the homeless to lunch, providing showers and a shave to the destitute and visiting prisons. It is his passion for the poor that also leads Francis to criticize unfettered capitalism, a global economic system that hurts the poor and working conditions that deprive the poor of freedom and choice.

Why does Pope Francis so faithfully uphold the Catholic faith’s “preferential option for the poor?" Not only because the poor need assistance, but because there is a spiritual lesson to be learned from the poor. The Catholic church does not teach that there is virtue in poverty for its own sake. However, when we are poor we know we are in need, and only when we know we are in need can we call on God who fulfills our deepest needs. Pope Francis’ prophetic pointers remind us that even the rich suffer from a kind of poverty: they are spiritually impoverished if they have made money their god.

The second trait for which St. Francis is famous is his love of nature. His canticle to the sun, his preaching to birds and taming of a wolf wins admirers of all faiths and none. St. Francis’ love of nature is reflected in Pope Francis’ encyclical Laudato Si. From the beginning the pope reflects on St. Francis’ joyful spirit and calls the world to a fresh understanding of the stewardship of creation.


Saint Francis of Assisi reminds us that our common home is like a sister with whom we share our life and a beautiful mother who opens her arms to embrace us. "Praise be to you, my Lord, through our Sister, Mother Earth, who sustains and governs us, and who produces various fruit with colored flowers and herbs.” This sister now cries out to us because of the harm we have inflicted on her by our irresponsible use and abuse of the goods with which God has endowed her. We have come to see ourselves as her lords and masters, entitled to plunder her at will.

In Laudato Si Pope Francis takes Saint Francis’ love for nature and uses it to connect with a world suspicious of religion, but passionately concerned about the destruction of the natural world. In doing so he takes the concern for the environment to a deeper and more human level. He points out that one cannot be concerned for the natural environment without being equally concerned about the suffering of the poor, the destruction of the unborn, the abuse of children, the loneliness of the elderly and the dangers of unrestrained technoscientific progress.