Have You Donated Your Baby to Science? 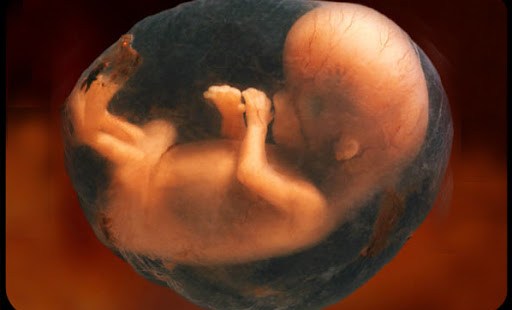 On a recent MSNBC’s Now show, Dr. Anne Davis of the Physicians for Reproductive Health described the donation of aborted babies as a “compassionate gesture," “very generous and very altruistic.”

Her words have stayed with me for the last few days as I contemplated the all too familiar rhetoric of the extreme pro-abortion agenda, which sounds so good but still does not sit well in your gut. It seems that those who promote abortion have become masters at twisting evil into good to make women feel like what they are doing is not only acceptable, but the right and noble thing. (Such as all babies should be “wanted” babies—hence, if it is unwanted it is compassionate to kill it.)

Now, I am post-abortive myself, and have been working with women who have had abortion for over 20 years. It is no surprise that her words and the reality of what I know to be true just do not jibe, and frankly, many of us are really tired of the dance.

"Altruistic" is defined as showing a disinterested and selfless concern for the well-being of others; unselfish. Its synonyms—unselfish, selfless, compassionate, kind, public-spirited—somehow do not go with the deliberate termination of an unborn child.

Anyone who has had an abortion and is honest with themselves (and it takes a certain degree of healing for this) would admit that their abortion was anything but selfless. For most of us it was self-preserving. True, it may have been coerced, we may have been abandoned, we may have thought we were being selfless by not bringing an “unwanted” baby or one who had received an adverse diagnosis we thought would suffer into the world, but ultimately the decision was about us. Perhaps we had the abortion to save a relationship, we had been told it was not the “right time,” or because of a job, or school, or maybe financial concerns, but in the end, most times it is about serving and preserving “self.”

In no way do I mean to put all the blame on the women, or to blame anyone for that matter, but rather to understand the state of mind women are in in most cases, when they are going for an abortion.

So, here she goes, walking into the clinic: sad, conflicted, fearful, maybe angry, perhaps feeling abandoned, guilty, and filled with turmoil. She is about to participate in taking the life of her own child. Believe me, she is not skipping into Planned Parenthood, she is doing this for whatever reason she feels she has to do.

Now, Dr. Davis, of the Physicians for Reproductive Health, and many others, including Planned Parenthood itself, would like us to believe that in the midst of all this, these women, on their own accord, are thinking of how great it would be to donate her child’s body parts for research.

I think not! At least not without a lot of probing and encouragement from the clinic. I can just hear it now: here is a woman totally vulnerable, confused and no doubt in fear and pain. Do we really believe fetal donation is on her mind?

Now don’t get me wrong, there are circumstances, especially in abortions resulting from an adverse diagnosis, where parents may feel that if they donate their child to research perhaps someone else may not have to go through what they are going through. In fact, Dr. Davis uses this very example in the interview: