Death Doesn’t Have the Last Word 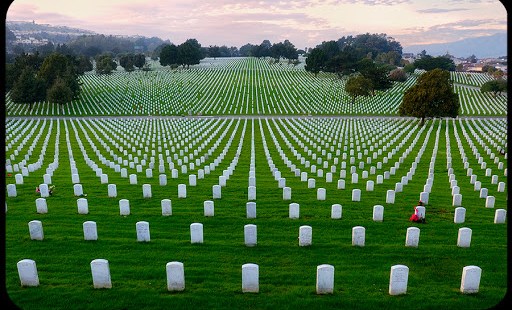 A reflection inspired by a loss

Our Protestant friends are right to say that prayers to, and for, the dead isn’t just a Catholic extra but a different way of living as a Christian. I think it’s a much better one, and that what they think fallen human instinct is really the realization that grace perfects nature, but I see why they object so strongly.

But yet even such differences, as deep as they go, don’t give the last word. My wife’s father died a few years after my father. He had been sick for many years. We had carried the coffin into the church and it sat at the front as the pastor, a mainline Presbyterian, began her sermon. He had been sick so long, she said, that we ought to be happy that his spirit had left his body and gone to heaven, that he was free forever of the burden of the body.

I don’t remember the whole sermon (you can’t take notes when you’re sitting in front) but it was almost pure Gnosticism from beginning to end. In heaven the body was not perfected and transformed, it was abandoned. I kept thinking of old-lady greeting cards, with chubby pink-cheeked angels sitting on cotton-candy clouds. It was a heaven that to me after about ten seconds would begin to feel like hell. It must appeal to someone — it certainly appealed to the minister — but it’s not Christianity.

On that we and our orthodox Protestant friends agree, however critical of our relation to the dead they are. I think of that sermon sometimes when I’ve read something particularly anti-Catholic from a conservative Protestant. I picture that coffin I helped carry into the church, with Bill’s dead body a few inches from my left hand, and the minister’s proclamation that the body doesn’t matter, that it’s not worth carrying into eternity, that it’s only a shell from which we’ll be freed. It’s a gospel, a good news, but it’s not the Christian gospel.

The anti-Catholic conservative is wrong in denying prayers to the dead. He lives, I think, in a colder and impoverished, a lonelier, world. But he believes with us in the resurrection of the body. He knows that my father, and my wife’s father, and all we loved who’ve died in Christ, will be raised bodily, as Christ was raised.