When It Hurts: How To Share the Catholic Faith With Non-Catholics 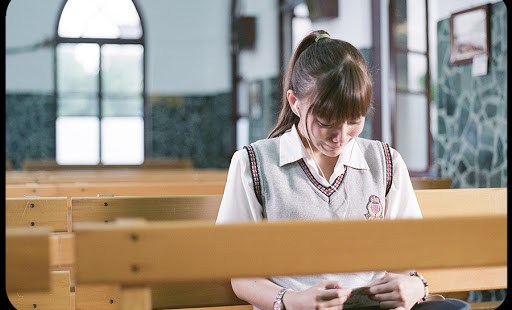 Three Things to Remember When Sharing Your Faith

This is for the broken hearted, those men and women who have risked sharing the faith only to be psychoanalyzed, slighted, even shamed. God knows sometimes you just need a box of Kleenex and a few hours before the Blessed Sacrament. Or a cup of coffee with your parish priest. Or a big bear hug from a friend. Or a word of encouragement like this one. This is a tiny thank you card to all the Catholics who risk telling the story of Jesus and his Church.

Your tears are watering God’s garden. Jesus wants you to share the Catholic faith with everybody, even Christians who are not yet Catholic, even though it’s testing friendships, tearing your family apart, and making you feel like a Grinch. Do not lose heart (2 Cor. 4:16). The Holy Spirit works best through tears.

Catholicism is ultimately not about you. It’s about the supreme glory of the most adorable Trinity. When the going gets rough, here are three things to remember when you share the Catholic faith.

Do not mistake indecision for humility. These days, to believe something to be true is to be arrogant, and to share the truth is to be unkind. If your experience has been anything like mine, sharing the joy of Catholicism with non-Catholics has been met with an almost unanimous: “Stop being so arrogant and unkind!” What begins as an inquiry into truth claims quickly turns into ad hominem speculation about your tone, your motives, your subconscious fear of being wrong.

Do not defend yourself. Be insulted, be diagnosed, and be grateful that you have been slandered for the sake of Christ. This is much easier said than done. But how will God paint something beautiful if you will not let him press you against the canvas of others? God is the artist; we are the paintbrushes. It’s our job to get dirty, to be spread thin, flattened, crunched, and pressed against the world. You are going to be broken—but the truth remains unbroken.

No one will think you are being nice for sharing the Catholic faith. But love and niceness are not the same thing. Besides, the niceness of a doctrine is not a measure of its truth.

The Bible is your best tool for sharing the Catholic faith with non-Catholics. Your shared love, your mutual recognition of its inspiration and submission to its authority, make the Bible a great starting point.

But read the Bible with the Church. Do not share your interpretation or your perspective with non-Catholics. Share the interpretation of the Catholic Church. The Bible is, after all, her book. Because of the Catholic Church we know that Paul’s second letter to Timothy is a legitimate part of the Bible, and in that letter Paul says that Scripture is God-breathed and useful for teaching, rebuking, correcting and training in righteousness (2 Tim. 3:16). By “useful” Paul means that Scripture is to be used.

Non-Catholics would contend that the Bible is sufficient on its own apart from the Magisterium. But of what use is an unsinkable ship if the crew cannot agree about the helm, the sails, the captain, the means of navigation, and where they are going? Of what use is an infallible text without an infallible interpretation?