For Many Boy Scouts, “Be Prepared” Has Taken on New Meaning with Ruling on Gay Leaders 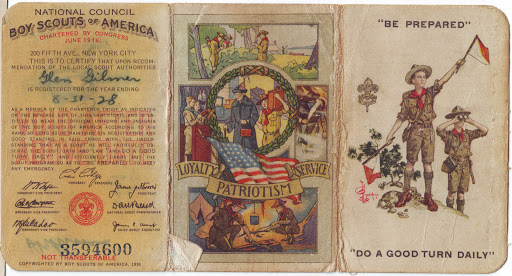 For many Boy Scouts and their parents, that famous motto has taken on a new meaning in the past few years, as the gay rights agenda which has brought same-sex “marriage” to all 50 states has also seeped down to the level of the venerable youth organization.

Many have been prepared to make alternative plans for their adolescent sons, in case the national leadership of the Boy Scouts of America changed its longstanding policy of banning openly homosexual persons from leadership positions.

That day has come.

The BSA’s National Executive Board on Monday voted that no adults can be denied registration as employees or non-unit-serving volunteers of the Boy Scouts of America “on the basis of sexual orientation.” The organization promises that individual church-affiliated councils can choose their own leaders.

The National Catholic Committee on Scouting was cautiously optimistic in its response to Monday’s decision, urging Scouts and leaders to stick with the program.

“It…appears that the resolution respects the needs of Catholic-chartered organizations in the right to choose leaders whose character and conduct are consistent with those of Catholic teaching,” said a letter to Catholic Scouts from National Chairman Edward P. Martin and National Chaplain Father Michael P. Hanifin.

“At the same time, we express strong concern about the practical implications of this resolution, especially for our young people in Scouting, and whether the term ‘sexual orientation’ will be correctly understood and applied only in reference to sexual inclination and not to sexual conduct or behavior,” the letter said. “We also express concern that the resolution articulates a position on adult sexual conduct that does not make clear that sexual behavior should be reserved to a husband and a wife in marriage.”

“We recognize the vital importance of providing a Catholic emphasis to Catholic Scouts and Scouters seeking ways to live out their ‘duty to God,’” the letter continued:

We also recognize the increasing need for the Catholic Church to offer Scouting as a program of youth ministry. Chartering Scout units will ensure that youth within their faith communities are led by faith-filled role models who share the same interests in Scouting.

If you are like us, you joined Scouting to make a difference in the lives of others. Our youth don’t want to leave Scouting. Catholic Scouters like you are still very much needed. Let’s continue this important journey together and pray for the future of Scouting.

Meanwhile, Richard John Matthews, former general counsel for the BSA, who now serves as general counsel for Trail Life USA, an alternative scouting organization, has said the policy change means it is “only a matter of time” until the Boy Scouts of America incorporate LGBT teachings into its programs and merit badge instructional material that deal with family life, relationships, and sex education.

The change also creates “numerous legal ramifications” for the Boy Scouts of America and religious organizations that charter local troops, he said, according to a report at Catholic News Agency.

Zach Wahls, executive director of Scouts for Equality, which has campaigned for an end to the Boy Scouts ban since 2012, said in a statement: “We still have some reservations about individual units discriminating against gay adults.”

“We’re calling on gay Eagle Scouts, parents who are straight allies, non-profit organizations who support LGBT equality and anyone else who has walked away from the Boy Scouts to rejoin the fold,” Wahls said. “Together, we can build a stronger, more inclusive Scouting movement.”

For many tradition-minded Scouts and their parents, it seems, that old motto still holds: Be prepared.