Having Lunch and Selling Body Parts 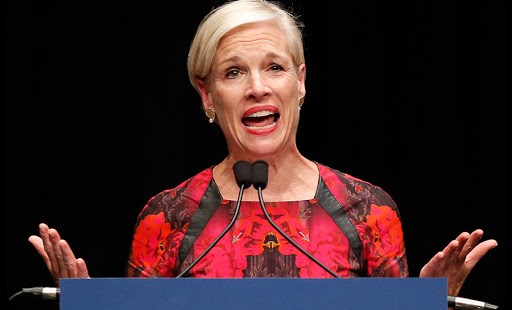 How abortionists can do what they do

Of the many lessons to be learned from the undercover work of the Center for Medical Progress in regard to Planned Parenthood and organ harvesting, one is that abortion not only destroys babies and their mothers; it destroys the doctors who perform it.

Many observers of the undercover video of Dr. Deborah Nucatola have marveled at how she can sit casually at lunch, eating salad and sipping wine, while talking about crushing the bodies of babies from whom she needs to extract livers and hearts to fill orders from medical researchers. How can Dr. Mary Gatter talk about wanting a luxury car and using a “less crunchy” abortion method to help attain that goal? How can people gather around the parts of a destroyed human being and be excited to find an intact kidney?

In short, what goes on in the mind, the soul, of one who aborts babies and sells their organs?

I have examined this question for decades, conducting meetings and healing programs with former abortionists and former abortion clinic workers, and collaborating with Dr. Philip Ney, the Canadian psychiatrist who has done the bulk of the groundbreaking research on this theme.

Seeking to understand how a person gets into the abortion business, and how they come out, is a fascinating and often scary undertaking. It shows us how totally a human being can disconnect from his or her own natural responses of horror and aversion to killing, from his or her own natural warnings of conscience. We’re not talking here about a religious conviction or doctrine. We’re talking about the most basic responses, rooted in human nature, that favor the preservation of oneself, of others, and of one’s own species.

And what we find is that the ability to do what Dr. Nucatola has apparently done requires that you dehumanize yourself.
Each of us has a natural psychological and physical barrier to killing someone. In normal circumstances, we just can’t bring ourselves to do it. This is part of our humanity. Killing is easier when one dehumanizes the victim first. Bullies engage in name-calling before beating up their victims. Yet in dehumanizing the victim, the perpetrator dehumanizes himself. So it is with abortionists.

What we find is that abortionists normally begin medical training with high hopes that they will help humanity. Most of them, however, come from a childhood marked with abuse or neglect, and have low self-worth. An esteemed mentor may take them aside to show them an abortion, and the process of dehumanization is accelerated as soon as the abortionist-in-training refuses to listen to the voice of conscience. Dr. Philip Ney explains in his book The Centurion’s Pathway
“They quell their natural protest, ‘No, you mustn’t do that,’ much like they stilled a protest at their own mistreatment. Once they have passively participated in an abortion, they must begin to rationalize to themselves why they did not protest” (p. 39).

David Brewer, MD, a former abortionist, tells his story: “I can remember that day watching the first abortion … I saw a little tiny head, and I saw a piece of a leg, and I saw a tiny hand, and I saw an arm. You know, it was like somebody put a hot poker into me…I had a conscience and that hurt.… That was a very hard experience for me to go through, emotionally. So I did what a lot of us do throughout our life, we don’t do anything. I didn’t talk with anybody about it. … and do you know what happened? I got to see another abortion. You know what? That one hurt, too. But I kept seeing abortions, and it hurt a little bit less every time I saw one. Do you know what happened next? I got to sit down and do one…The first one that I did was kind of hard. It was like hurting again like a hot poker. But after a while it got to where it didn’t hurt” (Testimony at “Meet the Abortion Providers” conference, Chicago).