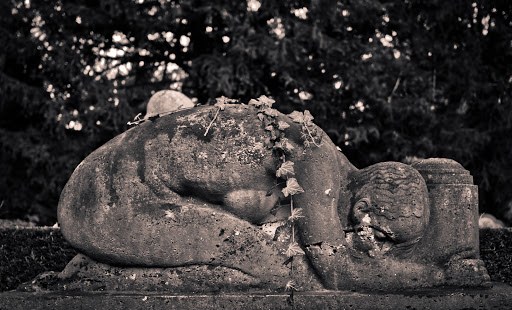 Privacy (/prɪvəsi/ or /praɪvəsi/; from Latin: privatus) is the ability of an individual or group to seclude themselves, or information about themselves, and thereby express themselves selectively; the state of being away from public attention.

Privacy has probably been the single most successful argument in the abortion debate for those who kill the unborn. In fact, in the 1973 landmark Roe v. Wade decision, it was ruled that the Due Process Clause of the Fourteenth Amendment to the United States Constitution extends to abortion, protecting the privacy of a woman’s right to terminate her pregnancy. Doe v. Bolton (1973) the companion to Roe which broadened abortion citing the “health” of the mother, also used this due process clause.

Yes, privacy has worked well for Planned Parenthood and other abortion providers. They have lived the word well as they’ve secluded themselves for decades, hiding their actions from the general public in the name of privacy. It’s no wonder they’re resorting to the privacy argument again when it’s worked so well in the past to hide what’s been going on behind closed doors for decades.

The grotesque undercover videos exposing the way Planned Parenthood officials callously speak of selling body parts should not be viewed, the organization argues, because of concern for the privacy of women who have had abortions. This, despite the fact, that none of the videos released so far show patients or includes any identifying information about them.

A recent letter written by the Planned Parenthood affiliate of Minnesota, North Dakota and South Dakota tries to cover the deeds by warning the media that the videos “violated the privacy of patients involved. Those patients’ privacy should not be further violated by having this footage shared by the media.”

A California judge blocked the release of further videos involving Stem Express, the organ partner of Planned Parenthood, alleging infractions by the Center for Medical Progress who made the videos, including invasion of privacy, breach of contract, and unfair competition.

“Privacy,” the ability of an individual or group to seclude themselves, or information about themselves, and thereby express themselves selectively; the state of being away from public attention.

But are the privacy concerns truly for the women involved in abortion, or is it a means to hide the horrific deeds of an industry that profits from abortion and the sale of fetal organs? Is America so afraid to face the reality of what we have permitted for over 40 years that we are choosing, through lack of outrage and media coverage, to keep it hidden under the pretense of privacy?

Each new video released by the Center for Medical Progress seems to be more horrific than the last. In the one released last Thursday, as workers are sifting through the parts of a recently-aborted child, an assistant is heard to exclaim, “It’s another boy!”

That could have been my child. I already know firsthand what happens in abortion. I know you can see their tiny feet and hands and other body parts. I saw my own boy. I still can remember that day over 40 years ago when I stared at my dead son in disbelief. Like millions of other women, I bought into the lie that he was nothing but a blob of tissue. Funny how body parts magically appear when it comes to profits. I could not believe at the time that something like this could possibly be legal in our country. I still cannot believe it, and hopefully now other people will feel the same.

Were my son’s organs harvested? Who knows? Torturing myself and all the thinking in the world won’t change what happened to him. I do know he was dumped in a jar, and that was bad enough.