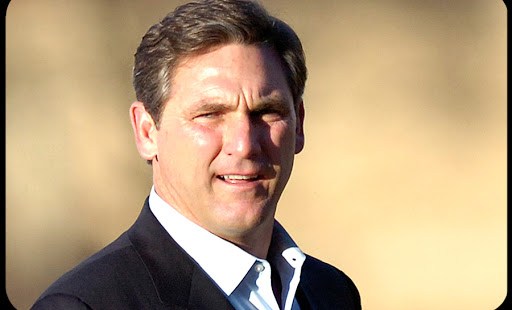 Craig James, the New England Patriots running back-turned-television commentator, is taking on Fox, claiming he was fired for his pro-natural marriage views.

James, who made an unsuccessful run for the US Senate between stints at ESPN and Fox Sports, filed suit against Fox in a Dallas court Monday morning, contending religious discrimination for his termination in September 2013.

A Fox spokesman told the Dallas Morning News when he was fired after only a few days on the job: “We just asked ourselves how Craig’s statements would play in our human resources department. He couldn’t say those things here."

Hiram Sasser, a Liberty Institute attorney working on the case, told Breitbart Sports that Fox “admitted their reason. They were very proud of that reason.”

James told Breitbart that he finds it troubling “when your boss holds against you something you said about your belief system nearly eighteen months before you were recruited and hired.

“I said nothing about my belief system on the air at Fox Sports,” he said. “So, the fact that they reached back in my past nearly eighteen months and responded to a comment about my biblical belief in natural marriage as a candidate—that’s troubling.”

Fox Sports hired the former SMU running back after his unsuccessful bid for one of Texas’ U.S. Senate seats in 2012 in which the candidate responded to a question about same-sex “marriage” by stating, “I’m a guy that believes in a man and a woman,” and urging Christians to “stand up” on the issue.

“God’s going to judge each one of us in this room for our actions,” James said during the discussion of marriage.