How Dante Can Save Your Life 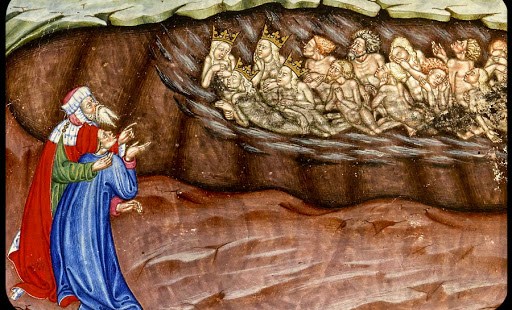 icon-cesar-ojeda-cc
The question that Reid Hoffman asked himself is simple: why do the social networks which are, in fact, successful, have so little (or absolutely nothing) to do with good causes or totally real needs? According to Hoffman, it's because those causes and needs aren't sufficiently sinful.
Share
Print
Russell E. Saltzman - published on 08/06/15

In his new book Rod Dreher travels home to Starhill, Louisiana with the Italian poet as a guide

Rod Dreher’s How Dante Can Save Your Life: The Life-Changing Wisdom of the History’s Greatest Poem has received extensive praise from many reviewers and he is is a very good writer, presently a senior contributor at The American Conservative. Still, his book left me uneasy.

After leaving his small hometown of Starhill, Louisiana at 16—a boy on scholarship to a public boarding school for academically gifted kids—Dreher becomes a successful writer, hopscotching from city to city, from writing gig to writing gig. Following the death of his sister, Ruthie, and feeling rootless, he returns home, bringing along his wife and children, a long exile ended. It does not go as expected.

He expects to be embraced within the love of his parents, especially his father, in a way he had never emotionally experienced in his childhood. They are glad to have him of course, but it is never as warm or as deep as he needs, never as idyllic as his imagination. He will never be the son his father expected. He’s too different, too bookish, and that will hardly change.

He describes from his youth a squirrel hunting incident where, as a tender-hearted kid, he is visibly upset at having shot a couple of baby squirrels. His father calls him a sissy; his sister Ruthie laughs. This, one gathers, is pretty much his life with these people. “What kind of love was it,” he muses in another place, “that would treat others like this?”

Ruthie, who died of cancer at age 40, stayed in Starhill, bound to the traditionalism of the community. She married her high school sweetheart and taught sixth grade in the school she had attended. We learn that she felt a deep antipathy for her brother, which Dreher was clueless about until after her death. To friends she had described him as a “snob and a fraud” for rejecting home and tradition. She sniped behind his back, dropped sarcasm on him during his infrequent visits home, and turned her three children against him. Yet far from resenting any of this, he blames himself and writes a hagiographic biography about her, The Little Way of Ruthie Leming. In the words of a not unkind reviewer, “he needed her to be a saint.”

After Ruthie’s death he returns to the family that has never understood him and, to a surprising extent, hates who he has become. Because he left home, they believe he rejected them. Coming home changed little. The elemental issues that led him away from his childhood home as a high school student are still in place upon his return, stuffed under familial politeness but always bubbling.

No one has changed; crucially, no one will change. They don’t have the capacity, as he tells it. He is nearly overcome from the stress of being back in Starhill—anxious, defensive, and immobilized by an illness that flares up in tune with family interactions.

If they will not change into the loving family he expected, he must learn to love them as they are, and Dante becomes is his guide in moving on.

Dreher latches on episodes in Dante and the travel he must make through the inferno to purgatory, until he finds a “welcome-home party for the penitent, fully restored to his father’s household.” In the poem, step by step, Dante is guided and urged along a spiritual path. The vision begins with Dante awakening mid-way through life. “I came to myself in a dark wood, for the straight way was lost.”

Thanks to Dante, Dreher claims to have gained the insight, determination, emotional depth, and, eventually, the spiritual maturity to complete the long, grueling Dante-like journey up from his personal hell to emerge whole and healed upon the illuminating heights of paradiso. One learns a lot about Dante in the book, but even more about Dreher.