It’s Our Own Bad Habits, Not Poor Third-World Babies Who Threaten the Environment 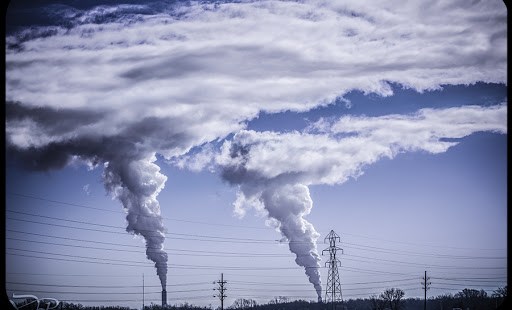 Surprise! The mainstream media gets it: Reducing birth rates in poor countries is not going to cut it

Last week the United Nations released new global population projections for the upcoming century. As was reported in the Guardian newspaper in the UK, the continued growth of the world’s population is expected to continue. By 2050, the UN predicts that it is “almost inevitable” that there will be 9.7 billion people on the planet. This is despite the global growth rate continuing to fall. Ten years ago the world population was expanding at 1.24% a year, it is now 1.18%. This population growth is becoming much more uneven however:

“According to the study, nine countries will account for half the world’s population growth between now and 2050: India, Nigeria, Pakistan, the Democratic Republic of Congo, Ethiopia,Tanzania, the US, Indonesia and Uganda.”

By 2050, there will be six very populous countries with over 300 million people: China, India, Indonesia, the US and Pakistan. (We shall look with interest at the development of Nigeria’s population – although whether we can trust any of the official figures is another matter…) Further, the population of the world will have moved: more people will be living in Africa (25% in 2050) and fewer in Asia (54% in 2050). Finally Europe is predicted to depopulate by about 100 million people over the course of the century (the only continent predicted to do so).

In response to these predictions, the Guardian commented on the link between population growth and environmental damage/climate change in an editorial. But, in what was a surprise to me, I actually agreed with much of what the editorial was saying!

As the editors noted, the news of continual population growth is often greeted with environmentalist calls for population control (voluntary or involuntary). But instead of agreeing with these calls, the Guardian argues that they “present challenges”.

“The first is that much of the rise in population is due to people living longer. Nobody is credibly suggesting that society should cease trying to find cures for disease or stop stepping into disaster zones to save lives.”

Instead, it is only through women having fewer children that population growth will stop or reverse. The trouble that the Guardian sees in this is that:

“The fact is that it is in the very poorest countries where women have the most children, on average. And where population growth slows, generally economic growth speeds up, and carbon emissions rise faster. This happens on a global scale and even within countries—certainly within the poorer ones where there is most scope for population control, and where, also, the potential for industrialisation is greatest.”

The editors of the Guardian understand the environmental damage is not dependent on numbers of humans only. One person can do far more damage than another. And generally, it is us in the West who do far more damage through our lifestyles than a whole family of poorer sub-Saharan Africans, or Mumbai slum-dwellers. Therefore, we should be looking at our own lifestyles before trying to get people in other countries to stop having children. In fact, as I’ve argued before on this blog, often trying to get other countries to reduce their birthrates is a great way for us to “do something” about resource use or environmental issues without having to do anything about our own practices and lifestyles. Which is exactly what the Guardian argues:

“But as an environmental policy, reducing the number of people is questionable. It provides a convenient distraction for richer nations with lower birthrates from the pressing need to reduce or decarbonise consumption.”

Hmmm, I wonder how long this detente between myself and Guardian Towers will last…

This article originally appeared in MercatorNet and is reprinted here with permission.