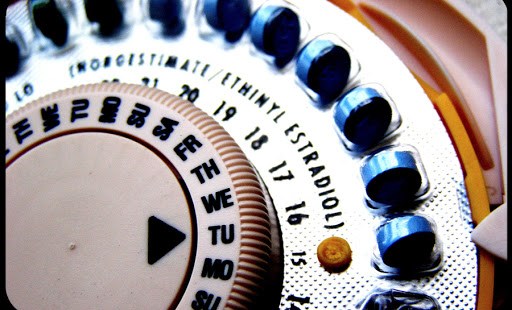 Childbirth is a miracle, not a disease. So why don’t we treat it that way?

Across North America today, there are calls to make the birth control pill accessible over the counter. The Pill, we are told, is part of comprehensive health care and it is an insult that women should need a doctor’s prescription to use it. Recently, a columnist at the National Post complained that it is easier to get the Pill in Abu Dhabi than in Calgary or Toronto.

Most calls for the Pill to be made more broadly accessible—ideally free and without a prescription—all share the same subtext. Denying access to the Pill isn’t merely denying health care, it’s denying women’s rights.

This stems from the modern idea that men and women are only equal in dignity when we are exactly the same. As a result, we think that if men can have sex without the responsibility of childbearing, then women should too. This is why some feel so strongly that it is wrong for women to not have access to the Pill—one of the most effective contraceptives the world knows today.

Why, however, should pregnancy diminish a woman’s dignity or her rights in the world?  And if this is indeed the case, why is it the woman who must remain child free in order to thrive?

Barring fertility from the workforce?

For starters, it remains a matter of opinion, not fact, that total control over fertility improves women’s rights.

This is a creation of the later waves of the feminist movement, over which there has never been complete agreement. Early feminists were better able to accept, embrace and celebrate motherhood, while simultaneously demanding that others rise up to support this unique and beautiful aspect of women’s lives.

A first wave feminist might ask that work conditions be altered to suit a woman who is pregnant—the opposing view, very much supported by modern contraception, demands that a woman not get pregnant in order to continue working.

The Pill does not advance women’s rights. It normalizes the idea that women shouldn’t be fertile, let alone pregnant. As evidence, see how major corporations like Apple and Facebook have the chutzpah today to offer women egg freezing as a job “perk.” In reality, this highlights how little we are willing to incorporate pregnancy into the working world.

The Pill: Stridently pitched as being in favour of women’s rights, it simultaneously puts women into a disadvantaged position. Women who want to have children must negotiate this desire at work with their employers and at home with their partners who are often comfortably uninterested. Then there’s the negotiation you never win with the biological realities of Mother Nature. Extended education and job training most often mean women are left to conjure up pregnancy at an age when it is far more difficult or impossible.  The bitterness of the Pill is that almost universally, women don’t care about age-induced infertility until they are experiencing it.

Even if we all accepted that not getting pregnant makes women more equal, thereby bestowing greater rights—it is not clear that the Pill is the best way to do this. The Pill has health risks, has been declared to be carcinogenic by the World Health Organization and there’s that pesky class action suit against Yaz and Yasmin. The death of 23 women in Canada taking those birth control pills would not be so blithely overlooked were the cause of death something different.

Beyond catastrophic health events, however, the Pill denies women valuable information about their health. The body sends us clues about how we are doing. For women, this includes the daily ups and downs of our reproductive cycles. Women who are in the know can better monitor their own health unaltered by a daily dose of hormones. It’s empowering.