Only Theology Helps Us Feel Better About the Church 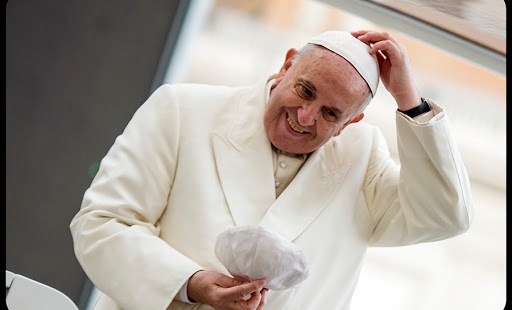 It’s not perfect, but that’s no reason to despair

It’s “the hardest problem for converts to Catholicism — at least those who are theologically informed,” wrote a scholarly friend who had entered the Church about a decade ago. He felt no buyer’s remorse — he had been an Episcopalian, so how could he? — but the wild statements of Bishop X and Cardinal Y still upset him.

I would have thought the opposite from my friend: that Catholic failings is a harder problem for those who are
not theologically informed. To put it simply: theology can make you feel better when every day’s news might bring the story of yet another scandal, which someone you know is going to bring up with glee.

In this case it clearly does. Theology provides an emotionally reassuring distinction between the form and the performance. It tells us exactly what the Church claims for herself and how far she is from claiming any great perfection in her members, from the pope on down.

She doesn’t claim much for herself on the human side. She claims a great deal on the divine side. There’s not a line in magisterial teaching that claims a pope will be a holy, wise, or even a prudent man. It doesn’t even claim he’ll a good man. See among others
Alexander VI. What it does claim is that God will use him in certain ways that we can count on. He can even speak
infallibly, in certain carefully defined circumstances. Alexander VI could have given an infallible teaching from his mistress’s bed. Strange but true, as the comic strip used to say.

Theology tells us that at the Ascension, God said in effect, “I will be with you to the end of the ages, but I’m putting you in charge.” From the worldly point of view, that seems the worst personnel decision in human history, but as Job had to learn the hard way, God has his reasons. The Church moves through history composed of and led by sinful men, as attracted as any other man by power, fame, sloth, every variety of lust, and the benefits of corruption — and yet God meant it to happen this way and will make sure it all comes out right in the end. God has anticipated the problems and made provisions for them.

Here as elsewhere, theology not only explains and directs but comforts. Those who don’t know it are the ones more likely to notice and despair over the gap between the Church’s vision of holiness and her actual corporate life. They believe, and quite rightly, that the gap between them should not be nearly so wide as it is. They believe, and also quite rightly, that bishops and priests should not act like worldly leaders, and particularly shouldn’t hush up crimes and “manage” scandals and accumulate worldly privileges and riches.

Without the comfort of theology, those painful feelings can turn into anger and despair. It’s reasonable to believe that the wide gap between form and performance means the thing is not everything it claims, even that it’s a sham. It’s easy to despair over the fact that some men who’ve risen high in the Church are corrupt or incompetent — even though they’re precisely as corrupt or incompetent as the Church expects them to be.

Those of us who do know the theology often feel this way ourselves. “How long will this [rude word] last?” a young scholar I know exploded when he heard the news of yet another bishop caught hiding a child-molester from the law. After all the years of scandal,
still a bishop does the one thing you’d think he wouldn’t do, out of fear of the press and the lawyers if not nothing else. You want to bang your head against the wall.

Theology tells us that God works his will through sinners, and that even in this world sin does not have the last word, though when the
New York Times and its allies are hammering the Church for some scandal, it certainly feels like it. God has the last word, even when his people seem to have failed him. At every second of every day, all over the world, he is working through those billion-some crooked lines to feed the hungry, to comfort the sorrowing, to heal the sick, to encourage the disheartened, to visit the prisoner, to clothe the naked, to preach Christ, to save souls and forgive sins.


David Mills,
former executive editor of First Things
, is a senior editor of
The Stream, editorial director for
Ethika Politika,
and columnist for several Catholic publications. His latest book is
Discovering Mary.
Follow him @DavidMillsWrtng.