Reflections on 25 Years of Religious Life 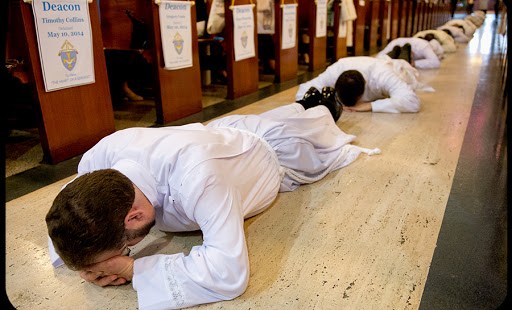 Thoughts of gratitude, contrition and hope

“So—who the hell are you? How come you got chosen?” That was the question my mentor, philosopher Paul Weiss asked of me over dinner as I was about to profess my First Vows in the Society of Jesus. Can you guess how I answered?

“So—why did you marry your wife? Did you come up with a series of logical propositions that led you to the air-tight conclusion: ‘I should marry Victoria’? No. You got to the point where you decided, ‘I can’t not do this and still be honest’. Isn’t that right?” He agreed and the conversation moved on.

That conversation took place in mid-August, 1992. I had entered the Society of Jesus about two years earlier. I had been tried and tested and probed and provoked—and decided to make that offering to the Lord. I had come to the conclusion that, “I can’t not do this and still be honest.”

I think of these things in light of both distant and recent events. Distantly, I recall that I entered the Jesuit novitiate on the Solemnity of the Assumption, August 15, 1990—the year of the 500th anniversary of our founder, Saint Ignatius Loyola and the 450th anniversary of the founding of the Society of Jesus—the Jesuits. In less than a week, I will mark my 25th anniversary as a Jesuit, during this year in which the Church celebrates the Year of Consecrated Life. In recent days, I find myself looking back over 25 years, which unfolded at once in the blink of an eye and over the course of a lifetime.

More recently, a few days ago I spent some time with a young friend who had just made her First Profession in a very fine women’s religious community. Her joy was incandescent. Her winsome innocence was undeniable. But she was not naïve—she did not have the wide-eyed wonder of an untested novice, caught up in what the spiritual writers call, “first fervor”—a fever that mercifully lasts for but a while. No, she too had been tested and tried and stretched for greater glory. While still shining with hopeful newness, she had the confidence that comes to one who had given her all and came to be trusted by those whom she respected. Her community has now given her their habit, their mission and their name. She stood taller in their eyes (and in her own) than when she did upon arriving at the Mother House three years ago.

I could not help but notice the similarities and differences between us. I arrived at the novitiate well before she was born, just shortly after her parents married. I have had so much more time than her to learn and grow and make mistakes, and fail and recover, and ask for mercy and try again.

Unable to erase or forget the past 25 years (and not really wanting to), I wish to find again her brightness, joy, excitement and confidence. I am also sure that over the years, I have found a familiarity with God’s Providence and Mercy, in both the brightest light and the deepest dark, beyond anything this young woman could guess at just yet.

As I reflect on 25 years in religious life, the three words that come to me repeatedly are, “gratitude, contrition and hope.”
As a religious, I have received even more than the Lord’s promised “hundredfold.” (Mark 10:30) Repeatedly, I tell those who come to me for spiritual direction or confession to ask themselves at every moment (but especially when tempted or discouraged), “What can I do here and now to prove to God that I am grateful?” I tell them that when every other resolution fails or falters, there is always a reason to be grateful. As I tell them that, I recall one of my Jesuit heroes, one of my spiritual directors, the late Father Clarence Martin, S.J., who suffered and sacrificed heroically as a missionary in the Philippines during the Second World War and its aftermath. When he was in a Jesuit community in his 90s, feeble but alert, blind and unable to work, I asked him, “How do you pass the time?” He smiled: “Oh, I review my life and savor the graces. It’s a wonderful way to spend the day.” After walking the path of a Jesuit pilgrimage for 25 years, I am grateful but I know that I have not yet attained Clarence’s capacity to “savor the graces.” And I have more to be thankful for than can be listed in this forum or recounted in this life.