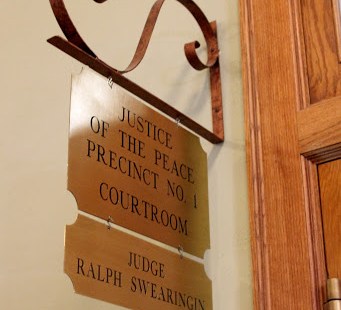 The legal firm representing a Kentucky county clerk who refuses to participate in same-sex "marriages" has filed a request for a stay and an appeal of an order that she comply with the US Supreme Court’s June 2015 gay marriage decision.

Rowan County Clerk "Kim Davis did not sign up as a clerk to issue same-sex marriage licenses," says a statement on the website of Liberty Counsel, a Christian firm that purues religious liberty cases. "Her job duty was changed by five lawyers without any constitutional authority. At a minimum, her religious convictions should be accommodated."

The New York Times reported that Davis, a member of an Apostolic Christian church who ministers to female inmates at the local county jail, testified in court that she cannot issue licenses—or have her deputies do so—because her name is on them. She has said she is refusing to issue licenses to same-sex or heterosexual couples so as not to discriminate against gays and lesbians.

“Davis remains free to practice her Apostolic Christian beliefs,” the judge wrote in a 28-page ruling. “She may continue to attend church twice a week, participate in Bible Study and minister to female inmates at the Rowan County jail. She is even free to believe that marriage is a union between one man and one woman, as many Americans do. However, her religious convictions cannot excuse her from performing the duties that she took an oath to perform as Rowan County Clerk.”

U.S. District Judge David Bunning’s opinion ordering Davis to issue same-sex licenses equates Kim’s free exercise of religion to going to church, the law firm says. "This is absurd! Christianity is not a robe you take off when you leave a sanctuary. The First Amendment guarantees Kim and every American the free exercise of religion, even when they are working for the government."