“True Detective” and the Fear of Being 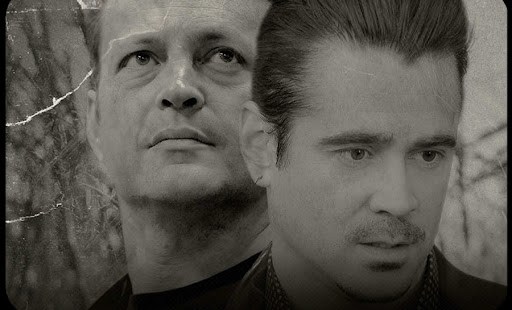 Finding light in the darkness

My midterm assessment of season two of True Detective didn’t hold out much hope for a turnaround before the eighth and final episode. The not-quite noir was on a doomed trajectory, hamstrung by more conventional direction, less compelling writing, and an overcrowded squadron of actors that more or less missed the mark. Critics very rarely seem to agree about anything; but most reviewers agrees that season two of True Detective was a textbook case of sophomore slump.

But irrespective of its steps backward, there was still the sense that all this collusion in California – still head and shoulders above most of what passes for quality television –built on season one in some critical way. The unnerving themes of season two were no accident.

Season one was largely about the truth of metaphysical reality. Rust Cohle’s true detective work involved a kind of existential journey, and even though he ended that journey on a striking note of optimistic spirituality, the lion’s share of the dialogue – those supremely quotable lines everyone was raving about – all revolved around a Nietzschean crisis of nihilism.

Where season one wanted to say something about reality, season two clearly wanted to say something about relationships. Ray’s “son”, Woodrugh’s impotence, Bezzerides’ flings, and Semyon’s IVF are the respective preoccupations of each character, as they all become entangled in a crime involving the closet deviancy of a major political player in Vinci. As the storyline becomes more intense, so do these preoccupations. We learn that Ray has forsaken all intimacy, and is gradually losing legal ground for an already shaky adoptive father role; that despite conceiving a child with his girlfriend, Woodrugh’s problems stem from past homosexual relationships; that Bezzerides’ escapades are an escape from a childhood experience of abduction and abuse on a hippie commune; and that Semyon’s inability to contribute to IVF stems from a fear of recapitulating his own father’s chaotic influence.

Meanwhile, Bezzerides’ sister gets her on a bus to one of the secret “parties” Caspere attended – a gathering of important, wealthy men in a mansion filled with drugged prostitutes. As Tanya Pai at Vox.com puts it, we’re taken into a “nightmare funhouse carnival of flesh, all blank stares and the motions of intimacy with none of the emotion.” This “soupy, nightmarish terror lingers,” especially after a missing person Bezzerides rescues from the party laments being forced to leave. Mirroring a line from a Dostoevsky character (also Nietzschean), she declares matter-of-factly: “Everything is [expletive].”

But the connection between the two seasons runs deeper than a dark, nihilistic bent in metaphysics and physicality. Pizzolatto admitted that Cohle was written as a very specific sort of nihilist: an “anti-natalist” (or anti-birth). When Cohle declares that the “honorable thing” for mankind to do would be to “stop reproducing” and that his daughter’s death spared him the “sin of being a father” – he means it. He has what existential philosopher Gabriel Marcel termed “ontophobia,” or a fear of being. Like the ancient gnostics, he sees existence as a kind of curse, and reproduction of the curse as evil. The awful absurdity of life has to be alleviated by distractions or pleasure – what else can you do? – but to perpetuate the absurdity, to “force a life into this thresher,” is wrong.

This dread lifts in the final moments of each season, and Pizzolatto’s Catholic roots surface despite himself. In season one, Cohle glimpses a warm “substance” beyond death where his father and daughter waited for him, radiating a pure and life-giving love. In the last frames of season two, Bezzerides walks through the streets of Venezeula carrying new life, surrounded by children dancing, people singing, and a statue of Mary and the child Jesus being hoisted high into the air. There is a glimmer of hope that life is a good thing after all – and that despite all the darkness in the bayous and highways, a communion of love casts out all fear.