A Mormon’s Journey to the Catholic Church 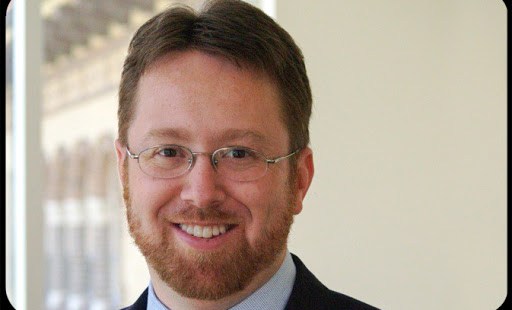 It’s impossible to communicate all the mounting evidence and experiences that led me to abandon the faith of my fathers, but let me relate a few examples: One day, while knocking on doors in a very poor area of Alabama, my companion and I came upon a sagging shack badly in need of repairs. We knocked on the door and were greeted by the bright eyes of an older African-American woman in her 70s or 80s. We told her we had a message about Jesus that we would like to share with her. As someone who loved Christ, she welcomed us into her humble home. As was our practice, we asked if she would like us to begin with prayer or if she may like to pray. As you can imagine, 99% of the time, people would agree to let us offer that prayer. This time it was different. She quietly bowed her head and began to pray.

I remember distinctly, as I heard her praying to God, thinking that if I looked up I would see Him sitting next to her on her worn couch. This was not just her God, but her best friend, her dearest companion who had seen her through a lifetime of suffering and prejudice. As her intimate conversation continued, I grew afraid, because I knew when she finished, I was expected to share with her a message about Jesus, but I knew that she really "knew" him, while I maybe only knew about him. I wanted that kind of intimacy she shared with her Creator, but for me God was distant and demanding.

This simple experience didn’t square with what I had been taught. Here was a non-Mormon who knew God in a way I could only imagine. It opened the door for me to begin a conscious and careful re-examination of my faith.

In other equally important moments, Christians shared with me how Jesus Christ has changed their lives, healed their marriages, and delivered them from drug addictions. I could have argued how to interpret a particular New Testament verse for hours, but I could never argue with them about how the Lord had touched and transformed their lives.

Christians also took the time to point out verses in the Bible that seemed to clearly contradict Mormon teaching.

For example, Mormons believe in the existence of many gods in the universe, the god of this world being one among many. But the Word of God clearly proclaims there are no gods but the God revealed in Divine Revelation, He is the first and the last (Isaiah 44:6, 24; 45:5, 18). I heard the scriptural maneuverings that fellow Mormons used to deny the meaning of these verses, but for me they clearly confirmed monotheism.

I remember now these and dozens of moments culminated in me falling to my knees one night in our little missionary apartment and crying out to God, "Heavenly Father, all I want is the truth. If the truth is in Mormonism, I will serve you until my dying day here. If the truth is somewhere else, give me the courage to face what that will mean for me." That prayer fundamentally changed the trajectory of my life. I was ready to accept wherever truth would lead me.

Ultimately, I left the Mormon Church, but like many fellow Mormons who have ceased to believe the claims of the LDS Church, I floundered. Was there a God at all? Is there an objective truth or is it all subjective? When you have been deceived for so many years, it is hard to trust anyone. Again, I prayed that God would help me find someone to talk to about my crisis of faith.

I was in Provo, Utah—one of the most densely populated Mormon cities in the U.S.—and opened the paper that day to find a little ad about a Christian bookstore. I felt God’s peace and decided to visit it that day. It was staffed by a smiling bearded little man behind the counter. I wandered around for a few minutes, and then promptly vomited my story on this unsuspecting little store manager. It felt like such a burden lifted to tell someone of my journey. His response was unexpected. He practically did cartwheels across the bookstore. You see, he was a missionary, too. A missionary to Mormons.