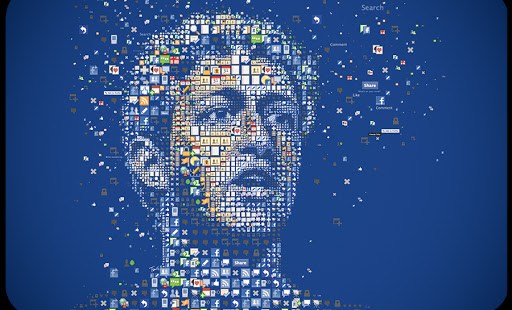 In the wake of the shocking new undercover videos exposing Planned Parenthood’s grisly baby-parts-for-cash scheme, decent people everywhere are calling on the government to stop funding the abortion giant with their hard-earned tax dollars.  That’s great news, but the government isn’t the only group outside the abortion industry that’s funding Planned Parenthood on a large scale. While we wait for our elected officials to do the right thing, let’s make sure we also start demanding that other influencers cut off the spigot of cash to Planned Parenthood. Individuals, corporations and charities alike all have a responsibility to make sure their funds aren’t propping up ghouls who rip babies apart for money and sell their body parts to the highest bidder.

Unfortunately, it’s not always obvious who’s funding Planned Parenthood.  Often, people donate to seemingly innocuous charities with the assumption that the money will be well-used, only to find out later that Planned Parenthood found a way to get its hand into the cookie jar.  Witness the uproar over the Susan B. Komen foundation’s grants to Planned Parenthood – millions of people who had donated money for breast cancer awareness and research felt duped when it was revealed that the organization was funneling cash to the abortion group, which doesn’t even provide mammograms as part of its so-called “comprehensive women’s health care” program.

Now more than ever, it’s important that people be aware of where their donations are going – especially when those donations are large enough to make the federal government’s contribution look like pocket change. Facebook founder Mark Zuckerberg, for example, has donated roughly a billion dollars over the past few years to a charity called the Silicon Valley Community Foundation – a harmless-sounding group that describes itself as a “comprehensive center of philanthropy” with the goal of “strengthening the common good.”

Unfortunately, SVCF’s concept of the “common good” includes funneling hundreds of thousands of dollars every year toward abortion providers, including substantial donations to Planned Parenthood itself, and to the National Network of Abortion Funds, which gives money to women facing crisis pregnancies, just as long as they promise to spend it on getting abortions.

Because SVCF classifies its grants to these abortion groups under the more general category of “health,” it’s unclear whether Zuckerberg is aware that his generous donations have been used to line Planned Parenthood’s already overflowing pockets.   It’s possible he assumes that when SVCF says they’re funding “health” initiatives, they mean checkups for at-risk children or cancer drugs for the uninsured.

Discovering the actual recipients of SVCF grants requires reading the group’s IRS Form 990 – which accounts for each dollar spent by the group, and which ran 288 pages in 2013 alone.  Even then, a text search for “abortion” or “Planned Parenthood” doesn’t tell the whole story.  Some of SVCF’s grants went to groups like Komen, which claims to be all about breast cancer awareness while funneling cash to abortionists.

But ultimately, whether or not Zuckerberg knew in advance that his money would go to fund Planned Parenthood is irrelevant. The fact is that it’s happening, and he has a responsibility to stop it – either by using his considerable influence to call on SVCF to stop all payments to the group, or by pulling his own funding from SVCF.  And if Zuckerberg doesn’t yet realize how his money is being spent, it’s our responsibility to tell him.  We must call, write, and tag him on our social media posts until there’s no way he can ignore the outcry.

Zuckerberg isn’t the only major benefactor whose money is either purposely or unwittingly being used to fund Planned Parenthood, but he’s an excellent high-profile example, and a good place to start.  If an outraged public demands he address this issue, and successfully gets him to make a change, he will have served as a test case and a road map for similar awareness campaigns targeting other celebrity philanthropists.

Meanwhile, we must never ask anyone to do something we aren’t willing to do ourselves, so take a look at your own charitable giving.  The sad fact is, just because you aren’t donating directly to Planned Parenthood doesn’t mean you aren’t funding them with your hard-earned money.  Demand accountability from the charities you support.  Review their Form 990s and make sure they aren’t funneling cash to abortionists under the guise of “health,” “family support,” “community building” or any other euphemism.  If you find that they are, insist they stop.  If they refuse, don’t just quietly withdraw your support … take it public, and let them and everyone else know why.