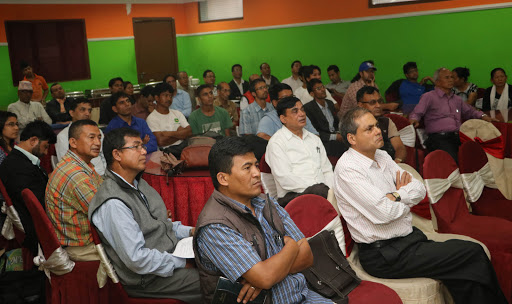 Christianity will finally be officially recognized, but will it be infringed upon?

Kathmandu — The church in Nepal is on the edge as Nepal struggles to finalize its much-awaited new constitution amid sporadic protests, violent clashes and shut downs in several districts over demarcation of the provinces under the draft constitution.

“There is lot of tension, both good news and bad news for us on the constitution [making] front,” Father Silas Bogati, vicar general of the Vicariate of Nepal told Aleteia August 19 — a day after as a young protester died in police firing.

On the positive side, Father Bogati pointed out that: “At least church and Christianity will be recognized in the constitution. This is a big move forward.”

“Right now, we were functioning as an NGO (non-governmental organization),” pointed out Father Bogati, spokesperson for the minuscule Catholic Church in Nepal that numbers less than 10,000 among 30 million people in the former Hindu kingdom.

Unlike the Catholic Church, the evangelicals have made rapid inroads in Nepal since 1990s when state sponsored persecution of converts was eased. They now number well over a million.

Nepal’s centuries old Hindu monarchy was brought down by a popular uprising led by Maoists in 2006. Since then, Nepal has been struggling to bring out a new constitution as the first Constituent Assembly was dissolved in 2012 after failing to complete statue making despite extended tenure of four years.

As per the existing laws, Christianity is not recognized as a religion in Nepal — unlike Hinduism, Buddhism or Islam. Consequently, Christianity has no legal status and churches cannot register with the government.

This has forced the Catholic congregations like Catholic Association to register as NGOs (non-government organization) to buy land and erect churches.

The Assumption Church in Nepal’s capital — the finest and the biggest Catholic church in the whole of the Himalayan nation — is the fruit of such an initiative by the laity to get around the disadvange of Christianity’s not being recognized as a religion.

On the other hand, the constitution in the making is “keeping us on the edge,” conceded Father Bogati.

“We are worried about what will be the final wording of the Article 31. We are worried specially about the 3rd clause,” he elaborated.

Article 31 of the new constitution deals with “freedom of religion” with the three clauses under it set to be crucial to the future of the church and the Christians.

While Clause 1 upholds individual freedom of religion as a fundamental right, Clause 2 guarantees that all religious communities have the right “to establish, run and preserve their religious trust according the law” which should be a welcome change for Christians.

On the contrary, Clause 3 bans proselytizing or conversion by clerics as “those activities are punishable according to law.”

“This clause is a nightmare for us. We hope it will be amended and the ‘punitive part’ will be taken away,” pointed out Father Bogati.

“We have made clear to the government that this clause contravenes the freedom of faith.” Since Nepal is a signatory to the UN convention “International Covenant on Civil and Political Rights,” he pointed out that Nepal should not enact a constitution that infringes this fundamental right.

Clause 1 under Article 18 of this International Covenant, passed by the UN General Assembly in 1966, lays down that “Everyone shall have the right to freedom of thought, conscience and religion. This right shall include freedom to have or to adopt a religion or belief of his choice, and freedom, either individually or in community with others and in public or private, to manifest his religion or belief in worship, observance, practice and teaching.”