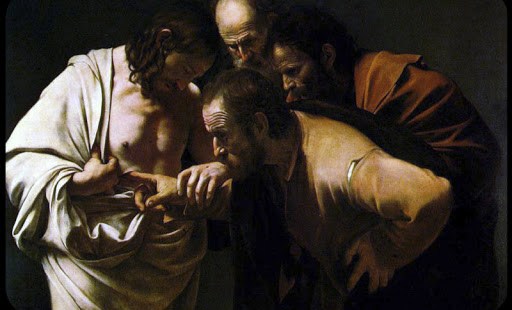 We are all called to ask questions

One of the most frequent conversations I have as a parish priest is with a parishioner who worries that they have started to doubt their faith.

It could be that they have encountered a crisis in their life and wonder why God has allowed something bad to happen to them. Sometimes they have simply started to think about their faith for the first time and they’ve started to realize that they can’t understand certain aspects to their Catholic religion. This prompts a crisis in their faith, and they often begin to feel guilty for their negative feelings.

I then try to explain the difference between doubts and difficulties.

The English Cardinal and theologian, Blessed John Henry Newman wrote, “Ten thousand difficulties do not make one doubt.” What he means is that there is a difference between a doubt and a difficulty.

We wouldn’t be thinking through our faith with much depth or attention if we didn’t have some difficulties. After all, the things we propose as true in the Catholic faith stretch the human mind and heart.

The way to distinguish between a doubt and a difficulty is that the person with a difficulty says, “How can that be so?” whereas a person who doubts says, “That can’t be so!” The first statement expresses difficulty, but willingness to believe. The second statement expresses cynicism and unwillingness to submit to the Church’s teachings. The person with difficulties says, “I believe, Lord; help my unbelief!” The person with doubts says, “I don’t believe Lord, and don’t bother to help my unbelief!”

We experience trials in the faith for three reasons: to strengthen us, to clarify our beliefs, and to help us proclaim the Gospel.

So, doubt is out, but difficulties are in. The person with difficulties may be struggling, but he is struggling to understand more fully and completely.

This is the first reason for a difficulty: It strengthens our faith. Just as an athlete or musician trains and practices and sweats to attain the goal, so the believer (if his faith is to be worthwhile) must face difficulties and overcome. Just as the athlete or musician is strengthened by the experience of perfecting his skill, so when we work through our difficulties, we emerge purer and stronger in our faith.

The second reason for difficulties is so that our faith might be clarified. How can you expect to get the right answers unless you ask the right questions?

It’s the same in our faith. We come to understand more by facing the difficulties and asking the right questions. Whether we are struggling with a matter of Catholic doctrine or some aspect of Catholic moral teaching, it is by inquiring with an open heart and alert mind that we come to a fuller and deeper understanding of our faith. Most often, the difficulty was caused by some misunderstanding, and by asking questions, we come to understand more fully.

The third reason for difficulties is to help us proclaim the Gospel with compassion and insight. Each of the baptized are called to help share the Good News, but if none of them had difficulties, how would they understand and sympathize with all those who need to hear the truth but face great difficulties in belief? By going through the difficulties, we understand what others face, and by finding the answers, we are prepared to share them with others.