Why I Will Keep Fighting the Culture War About Sexuality 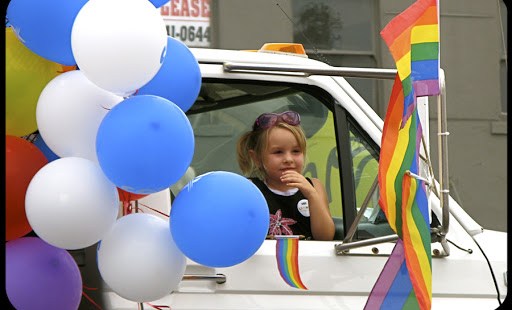 A psychologist and educator responds to David Brooks’ plea to quit

Following the Supreme Court’s majority decision in June to legalise same-sex marriage in the United States, New York Times columnist David Brooks appealed to “conservatives” (those who do not accept the possibility of marriage between people of the same sex) to stop fighting a losing battle over sexual morality. Instead, he suggested, they should take their Christian values into underprivileged areas and help people overcome material and spiritual poverty.

This struck Dr Thomas Lickona, director of the character education centre at the State University of New York and a fan of Brooks’ writing on character, as a false choice, and he wrote to Brooks explaining why. Here is an edited version of his letter.

On a recent trip to see our California grandchildren, I was delighted to find your new book, The Road to Character, in an airport bookstore and was glad to be able to quote it in a book I’m working on (The Kindness Cure: Building Character and Culture—Our Best Hope for Preventing Peer Cruelty). That is to say I write as a fan—and in the same spirit of friendship and admiration with which you gently encouraged Christians to set aside their losing battle against the sexual revolution:

Put aside a culture war that has alienated large parts of three generations from any consideration of religion or belief. Put aside an effort that has been a communications disaster, reducing a rich, complex and beautiful faith into a public obsession with sex. Put aside a culture war that, at least over the near term, you are destined to lose.  Consider a different culture war, one just as central to your faith and far more powerful in its persuasive witness.

We live in a society plagued by formlessness and radical flux, in which bonds, social structures and commitments are strained and frayed. Millions of kids live in stressed and fluid living arrangements. Many communities have suffered a loss of social capital. Many young people grow up in a sexual and social environment rendered barbaric because there are no common norms. Many adults hunger for meaning and goodness, but lack a spiritual vocabulary to think things through.

It’s a tempting course, appealingly set forth, but I cannot agree with it.

First, for many if not most Christians, it will seem like a false choice.  The two great Gospel values are truth and love.  They’re not only compatible; they’re inseparable.  If you wish to speak the truth, you must do so with love (as Christ did).  If you love someone, you must speak the truth to them.  John Paul II said we are “called to build the civilization of truth and love.”  When competing values have a claim on our conscience, It’s never either or, but always both and.  There are many examples of Christians and non-Christians who are exemplars of both love of neighbour and witnessing to hard truths.  Mother Teresa was one—unsurpassed in her love for God’s least ones, fearless in her defense of the sanctity of life, chastity, and other unfashionable Christian values.

Second—and I’m sure you know this argument—there is a connection between the sexual revolution and the widespread social disintegration, loss of social capital, and moral normlessness you rightly lament.  Arguably, the sexual revolution is the dominant cultural revolution of the last half-century.  It continues its march around the world, leaving in its wake a host of damaging consequences that affect marriage, family stability, the character formation of children, the sexual environment of schools, the moral content of our media, public health (20 million new STDs a year)…the list goes on.