Ask Fr. Mike: What Can I Do About My Anxiety? 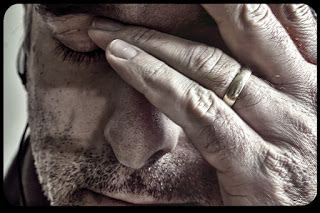 When “Be Calm and Carry On” is not helpful

On top of that, telling someone “don’t worry” is the emotional equivalent of telling a person not to think about pink elephants; it just seems to fuel the fire. (Plus, it’s really annoying when people tell you that the emotion you’re feeling at the moment is the “wrong” one.) I came across a study of infants a little while back. It claimed that roughly 15 percent of newborns exhibit a tendency to have a higher degree of anxiousness. As interesting as this is, the study found the same tendency in nearly the exact same percentage of cats. The point is not that we are the same as cats, but that there may be individuals who are naturally disposed toward worry. If you are one of these people, you may simply have a little harder go of it.

But this does not mean that you are beyond help; it may simply mean that you need God more in this particular area. That doesn’t make you a bad person. The presence of worry does not always represent some tremendous moral failing.
And yet, is there hope? Can any of us be freed from chronic worry? The answer is yes, but before we get to that, I want to clarify a few things.

I am definitely not advocating Alfred E. Neuman’s slogan “What? Me worry?” When Jesus gave the Sermon on the Mount and told his disciples to “consider the lilies of the field who neither sow nor spin,” he was not advocating some responsibility-free, carefree attitude that doesn’t take reality seriously. Some people mistakenly believe that Jesus was encouraging a kind of fatalism that sits passively before the world and makes no effort to engage reality, like a 27-year-old living in his parents’ home who plays video games all day while waiting for Nintendo to call and offer him a job.

On the contrary, one of the remedies for worry is action. In other words, one of the many sources of anxiety is avoidance. I’m worried because I either don’t know what I should be doing or I’m putting off doing the thing I should be doing. Lack of worry is not a lack of caring. I used to tell my dad not to worry about me, and he would always respond with: “I’m a dad. It’s my job to worry.” I understand what he was getting at. My dad loves his kids, so he cares very much what happens to us. But “have no anxiety” is not a call for inaction, but for the correct action.

In his letter to the Philippians, St. Paul writes:

“Have no anxiety at all, but in everything, by prayer and petition, with thanksgiving, make your requests known to God” (4:6).

The proper action is prayer!

As parents anxiously wait for a child to pull into the driveway the first time he or she takes the car out alone, they might simply be “fretting” or they may use their nervous energy to fuel their prayer. The student who puts off doing the work of the present moment will be worried about grades come finals week. The person perpetually late will be agitated and may weave in and out of traffic trying to make it to a meeting (thereby causing anxiety in everyone else on the road).

Rather, the call to action, not avoidance, can soothe anxiety when the individual is choosing the proper action for the situation.
Another source of anxiety is arrogance: I believe that I know better than God how my life should go, and I have to make him get with the program. There is a difference between making your requests known to God and fixing all of the things that God apparently can’t handle.

Is God’s wisdom really wise? Are His plans for your welfare and not for your destruction? Does God really have the plan to work all things (even the things that are awful right now) out for good?
Imagine that you actually did trust God. Imagine that you had absolute confidence that God was in control, and that, even if things turned out the way you didn’t want them to, God cared about you and would win in the end. Wouldn’t that change everything?

Jesus is very practical. He asks, “Can any of you by worrying add a single moment to your life span?” (Matthew 6:26).
Worry changes nothing. We gain nothing from worry. We gain more from action. We gain all from trust!

Father Mike Schmitz is the chaplain for Newman Catholic Campus Ministries at the University of Minnesota Duluth. He also serves as the Director of the Office of Youth Ministry for the Diocese of Duluth. This column is a feature of bulldogcatholic.org and is published here with permission. You can submit questions to Fr. Mike at askfrmike@aleteia.org. You can also listen to Fr. Mike’s homilies here and at iTunes .