Let’s Pray for All Vocations (Even Yours and Mine) 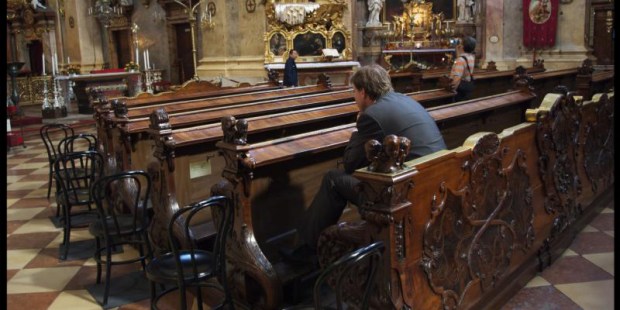 The idea of “personal vocations” (for everybody, not just priests) was a favorite of Pope St. John Paul II

In the prayer of the faithful said at Mass in my parish day after day we regularly ask God for “an increase of vocations to the priesthood and consecrated life.” Sometimes “lay ministry” gets added to the list.

When we pray for these things, I’m happy to join in the response—“Lord, hear our prayer”—because I share the hope that they increase. At the same, though, I feel a twinge of regret. Not for what the prayer says, mind you, but for what it leaves out.

If you think that’s odd, consider a fundamental fact: everybody has a vocation. This is his or her particular role in God’s plan, that life of “good works, which God prepared beforehand, that we should walk in them” (Eph. 2/11).

Thus it seems to me that before praying for vocations to the priesthood, consecrated life, and lay ministry, it would make sense to pray that everyone discern his or her particular calling from God, accept it, and start living it out.

But wouldn’t that mean short-changing vocations to the priesthood, consecrated life, and lay ministry? Not really. For if more people started thinking and praying about their own vocations, more than now presumably would discover that their vocations include a calling to one of those three. In other words, a win-win situation.

As matters stand, the practice now prevailing in my parish (and, I suspect, many others) reflects the old-fashioned way of thinking about vocation that more or less equates it with what is commonly called a state in life.

The trouble with thinking about vocation this way is that it ignores the reality of personal vocation. And although word about personal vocation is starting to get around, it’s mighty slow and by no means everyone has gotten the message.

Pope St. John Paul II was a powerful exponent of personal vocation, and the idea is central to much of his writing. His landmark document on the role of the laity, Christifideles Laici, declares the discernment and acceptance of one’s personal vocation the “fundamental objective” of the formation of lay people. And it adds this:

“From eternity God has thought of us and has loved us as individuals. Every one of us he called by name….However, only in the unfolding of the history of our lives and its events is the eternal plan of God revealed to each of us…day by day” (Christifideles Laici, 58).

St. John Paul II had precursors in understanding personal vocation, including Cardinal Newman and St. Francis de Sales. Today, the number of people for whom it’s a basic element of their spirituality is growing. If you’re interested in seeing it worked out in detail, I modestly recommend a book I wrote several years ago with the distinguished theologian and ethicist Germain Grisez—Personal Vocation: God Calls Everyone by Name (Our Sunday Visitor).

So by all means let’s keep praying for more vocations to priesthood, consecrated life, and lay ministry. But, please, could we also pray that more people discern, accept, and start living out their personal vocations? Simple as it sounds, that would be a big step toward a general upturn in vocations.