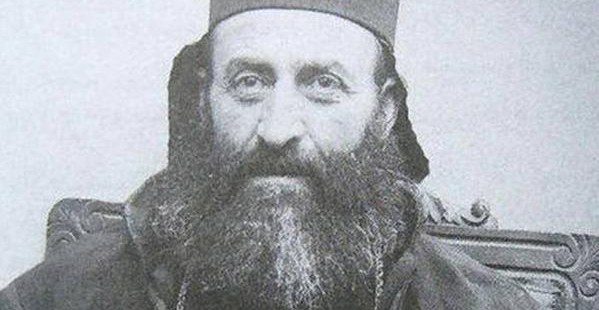 As he addressed the crowds gathered together in St. Peter’s Square to pray the Sunday Angelus on August 30, Pope Francis again asked for prayers and support for the countless Christians facing persecution, especially in the Middle East. Even as he remembered suffering migrants and the Church’s modern-day martyrs, an important part of the Holy Father’s remarks focused on the beatification of Bishop Flavian-Michel Malké which was celebrated in Lebanon on Saturday, August 29, the 100th anniversary of the holy bishop’s murder.

Born in 1858 in Kalaat Mara, a small village near Mardin, Turkey, Ya’Qūb Malké was raised in the Syriac Orthodox Church. In 1868, he entered the Monastery of St. Ananias (commonly known as the “Saffron Monastery”) where he studied theology and languages. He was consecrated as a deacon in the Orthodox Church in 1878 and served as a teacher and in the library of the monastery’s school.

In time, guided by prayer and study, Malké asked to be received into the Syriac Catholic Church and entered the community of the Fraternity of St. Ephrem. He was ordained a priest at Aleppo, Syria, on May 13, 1883. As a priest, he was able to serve in various parishes near his home in Turkey.

In 1894, a fierce persecution of non-Muslims erupted within the Ottoman Empire. Known as the “Hamidian Massacres,” the violence was especially focused on the Armenian community but, in time, it devolved into an indiscriminate anti-Christian movement that claimed the lives of an unknown number of people (with estimates ranging from 80,000-300,000 deaths) and also included a number of Syriac Christians.

In 1895, as the persecution increased, Malké’s church and house were sacked and many members of his parish were murdered, including his mother. In response, Father Malké dedicated himself to helping the devastated communities to rebuild and, because of his courage and gifts, he was ordained chorbishop (an assistant bishop, similar to an auxiliary bishop) of Mardin and Gazarta in 1897. On January 19, 1913, he was consecrated and appointed head of the Syriac diocese of Gazireh (the modern-day city of Cizre, Turkey). Bishop Malké was loved and respected by the people of his diocese, especially the poor, and he took on the arduous responsibility of visiting all the parishes in his diocese so he could be fully aware of the needs of the clergy and faithful.

In the summer of 1915, a new persecution erupted, this time aimed at the Armenian Community. Now known as the Armenian Genocide and called by Pope Francis the “first genocide of the twentieth century,” the violence also impacted non-Armenian Christians. The attacks against the Syriac and Chaldean Christians has come to be known as the “Assyrian Genocide” or the “Seyfo Massacre,” named for the Syriac word for “sword.” It is estimated that as many as 1.5 million Christians were killed during these genocides and countless others were forced into exile.

Although Bishop Malké was in another district when word reached him that Ottoman forces were preparing to attack Gazireh, he immediately returned to the city to be with his people. Although he was encouraged to flee by friends and sympathetic Muslim officials, he refused, declaring, “Even my blood I will shed for my sheep.” He was subsequently arrested along with four of his priests and the Chaldean Bishop of Gazireh, Philippe-Jacques Abraham, and kept in prison for two months. Witnesses relate that, on August 28, 1915, the clerics were given a day to make a choice: renounce their Christian faith and accept Islam or be killed. The following day, August 29, the men refused to renounce Christianity. Bishop Abraham was immediate shot and Bishop Malké was beaten unconscious and then beheaded.

Bishop Malké was the last bishop of Gazireh and his diocese was suppressed after his murder. However, his memory has survived and, as the postulator of Blessed Flavian-Michel Malké’s cause for beatification shared in an interview with Vatican Radio, the martyred bishop is honored for playing “a fundamental role in encouraging people to defend their faith in the difficulties of the time, during the persecutions of the Ottoman Empire.”

The beatification of Blessed Flavian-Michel Malké took place at the Convent of Our Lady of Deliverance in Beirut, Lebanon, during a liturgy celebrated by the Syriac Patriarch of Antioch, Ignatius Yousssef III Youanan, on August 29—the 100th anniversary of his martyrdom.

The canonization and beatification of any one of the Church’s members is a gift to the entire Church. Recent decades have seen a proliferation of new saints and beati from all parts of the globe, especially in Asia and Africa. All of these holy women, men, and children remind us that the Church is truly catholic (universal) and that holiness is not limited to one time, place, or way of life. We are all called to become saints and each of us has the capacity for holiness.

Although Saturday’s celebration honored a bishop and martyr whose story was known by only a few, the Church’s official declaration of his heroic faith and witness is a powerful statement that Blessed Flavian-Michel has something to say to each of us individually—and as a Church—as we face the realities of our own age.

In his Angelus address, Pope Francis praised the new beati, recognizing him as a “tireless defender of the rights of the people.” But, the Holy Father, also reminded us of the suffering faced by so many Christians in the Middle East and other parts of the world: “There are more martyrs [in this day and age] than there were in the first centuries of the Church. May the beatification of this Bishop-martyr instill in them consolation and hope. Let us also be a stimulus to legislators and government leaders to ensure religious freedom everywhere; and to the international community to put an end to violence and oppression.”

Silas Henderson is a catechist, retreat director, and writer whose reflections and articles have appeared in numerous Catholic publications. He is also the author of From Season to Season: A Book of Saintly Wisdom and Moving Beyond Doubt, as well as the upcoming books Lights for a Waiting World: Celebrating Advent with the Saints (Abbey Press) and With An Undivided Heart: A Life of Saint Aloysius Gonzaga (Ignatius Press). He currently serves as the managing editor of Abbey Press Publications and Deacon Digest Magazine. You can find him at www.fromseason2season.blogspot.com and www.facebook.com/SilasSHenderson.