When Do Kids Start Drinking Alcohol? 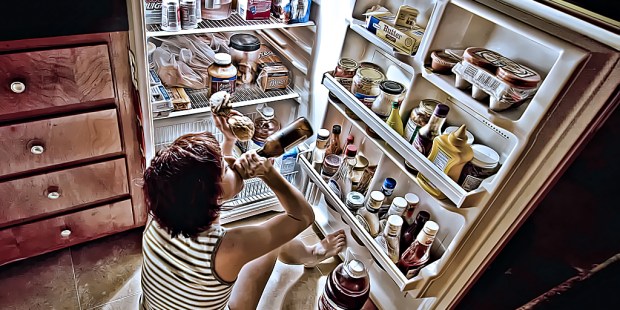 Most parents don’t realize how much their children drink: Research shows that only 10% of parents think their teens drink, yet 52% of teens admit to drinking alcohol. But parents admit that other people’s kids drink. The same study showed that parents estimated that 60% of 10th graders drink.

As Christian parents, we need to remember the harsh reality that our children are not immune to the vices of this world, and alcohol is a frequent culprit. Alcohol is the substance most frequently abused by teens, and its use leads to the most injuries and deaths from accidents, homicides and suicides among teens.

I live this reality as a pediatrician in the emergency room. Here’s what I see:

A 15 year-old stumbled into my ER at 2 a.m., barely conscious, supported by his terrified mother.  He was out with friends, dropped off at home, seemed tired and went to bed.  The mom of one of his friends just called, and her son is in another ER unconscious, poisoned by something someone allegedly slipped into his drink.  “They must have done the same thing to him,” my patient’s mother tells me.

I attach monitors, start oxygen, hang IV fluids and draw a “coma panel”—a myriad of tests meant to pick out what toxic substance could have poisoned this patient.   I didn’t have to wait long for the answer…

Alcohol. No date rape drugs, no heroin, just alcohol. All the other tests came back negative, and the patient slowly woke up and went home to shake off a really bad hangover. Apparently the patient’s friend in the other ER had only alcohol in his blood, too.

The saddest part was the mom, who wouldn’t believe me. “Isn’t there something else wrong with him?”  she asked me.  “He swears he didn’t drink anything.” I struggled to think of a gentle reply, but I couldn’t find words. Finally, I sighed and said, “I don’t know how you get a blood alcohol level that high without drinking.”

It’s our kids that drink, not other people’s. Yes, even well-raised children from strong families.

Here’s the kicker: 80% of teens say their parents are the biggest influence on their decision to drink. You are the strongest force to protect your children from alcohol abuse.  Even if you think your kids don’t care what you have to say… they really do. The best solution for underage drinking is to talk to our kids, and talk early. Research shows children start to think positively about alcohol around age 9-13.

That’s right— just said you should talk to your 9-year-old about alcohol. I have. Have you?

So what’s wrong with an occasional drink, especially if teens drink responsibly? Here’s what the data says:

The younger you start, the more likely you are do have an adult drinking problem: Adults age 21 or older who started using alcohol before age 15 were almost 6 times as likely to have alcohol dependence or abuse than adults who first used alcohol at age 21 or older (15.1 percent vs. 2.6 percent), according to SAMHSA’s 2008 National Survey on Drug Use and Health (NSDUH).

Drinking isn’t good for your grades: About 25 percent of college students report academic consequences of their drinking including missing class, falling behind, doing poorly on exams or papers, and receiving lower grades overall, according to a 2002 study by The Harvard School of Public Health by Wechsler et al.

You can die: 1,825 college students between the ages of 18 and 24 die from alcohol-related unintentional injuries, including motor vehicle crashes (Hingson et al., 2009).

Our kids brains aren’t mature yet, the white matter continues to develop through adolescence. Even the best kids can have very poor judgment every once in a while—I see this in the ER all the time. Any amount of alcohol just makes their judgment even worse. There are good reasons why the drinking age was increased from 18 to 21.

Talk to your kids about alcohol—bring it up casually and be non-threatening about it. Maybe even quote the statistics above to start a conversation. Tell them real stories of your life when you have seen alcohol hurt people. Show them you’re not an ignorant parent. They’ll love you for it.

Kathleen M. Berchelmann, MD, is an Assistant Professor of Pediatrics at Washington University School of Medicine in St. Louis, and a mother of five young children. Connect with Dr. Berchelmann at:KathleenBerchelmannMD.com.